CAP2 study sheds light on genetic cause of heart disease 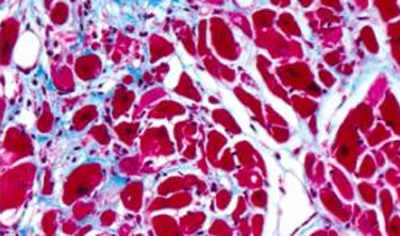 Researchers have shown that the presence or absence of the CAP2 gene causes sudden cardiac death in mice.

The researchers, from the Perelman School of Medicine at the University of Pennsylvania, say that the absence of the gene, in particular, interrupts the animal’s ability to send electrical signals to the heart to tell it to contract, a condition called cardiac conduction disease.

“This study proves that the CAP2 gene is directly responsible for cardiac conduction disease in mice,” said Jeffrey Field, PhD, a professor of Systems Pharmacology and Translational Therapeutics. “Since humans have the same CAP2 gene, what we learn from the mice could advance our understanding of heart disease.”

While researchers have known that the CAP2 gene could be implicated in heart disease, its effect on cardiac conduction in the mouse heart was a surprise.

“Initially, saying that CAP2 is involved in cardiac conduction is like saying a person with a broken bone isn’t able to talk,” Field said. “The bone’s structural function and the ability to talk are each from entirely different systems. There’s no relationship. This finding merits further study to see how exactly CAP2 regulates conduction. While we don’t understand how, this gene definitely has a role in controlling conduction.”

Loss of CAP2 resulted in bigger hearts and arrhythmia

Using a mouse model in which the team deleted the CAP2 gene, they found that most newborn males died suddenly, soon after weaning. The males were also prone to eye infections, and their eyes developed incorrectly and could not efficiently flush away debris. The knockout mice were also smaller in overall body size.

Though rare, some of the mice also developed hearts that were overly large. “The loss of the CAP2 gene resulted in bigger hearts because the heart had trouble contracting and to compensate, it dilated in order to get more blood flowing,” Field said.

The knockout mice also exhibited arrhythmia that worsened over four to five days. “We were able to monitor the mice as they died. Their hearts beat slower and slower, and they quickly died of heart block,” he said.

In this experiment, there were no observable effects of a missing CAP2 gene on the female newborns.

Studies of some children with a rare developmental problem, called 6p22 syndrome, hint that this gene is associated with similar cardiac issues in people. These children have deep-set eyes and cardiac problems that are not well defined. “Almost all of these children are born with a deletion of one of their copies of the CAP2 gene,” Field noted.

Knowing this connection, the researchers generated mice that would exhibit only cardiac conduction disease (CCD). They reinstated the gene but this time engineered it so they could knock it out again, but this time only in the hearts of the mice.

The mice once again developed CCD, leading to sudden cardiac death from complete heart block, but there was an extra surprise this time. The female newborns also died of CCD. “That’s a puzzle for us. We’d be interested in studying why the gender specificity for CAP2-related sudden cardiac death goes away when we knock the gene out just in the heart,” Field said.

The team says that the study increases the understanding of how the CAP2 gene affects heart disease, but it also raises new questions that underline the need for further research heart disease and why it’s a major cause of death in humans.