The first-in-class candidate, CB1, has shown potent anti-metastatic activity, and with an impressive in vivo efficacy and safety profile… 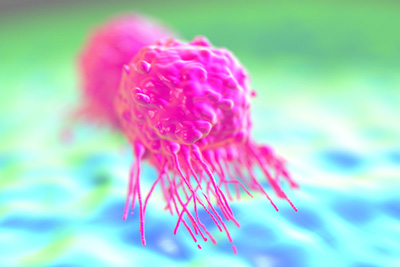 Tiziana Life Sciences has announced that its research agreement with Cardiff University, focused on pioneering the development of Bcl-3 inhibitors as potential drugs to treat cancer, has led to the identification of a first-in-class lead clinical candidate, CB1.

CB1 has shown potent anti-metastatic activity, and with an impressive in vivo efficacy and safety profile.

The Company intends to file an Investigational New Drug (IND) application on CB1 in 2016, and expects to move this drug candidate into clinical trials before the end of the year.

The original research agreement between Tiziana Life Sciences and Cardiff University, focused on pioneering the development of Bcl-3 inhibitors as potential drugs to treat cancer, has been expanded to include an additional research programme focused on eradication of breast cancer stem cells through inhibition of a protein known as c-FLIP, which is also being supported by the Company.

The Company-sponsored research at Cardiff University has attracted significant media attention as well as the interest of the Welsh Government and charity-based sources, where funders such as the Life Science Research Network of Wales and Cancer Research Wales have sponsored further research work including potential combination of Bcl-3 inhibitors with radiotherapy. Other academic groups working on Bcl-3 have helped to broaden the potential market for Bcl-3 inhibitors into other cancer types where Bcl-3 plays an important role; examples here include UK collaborations in metastatic colorectal cancer (Bristol) and internationally in nasopharyngeal cancer (Hong Kong).

“Our partnership in the development of this unique molecule CB1 is an excellent example of how biotechnology companies, working collaboratively with cutting-edge prestigious research institutions such as Cardiff University, can create life changing drugs and further promote research into difficult-to-treat diseases,” said Jim Tripp, Chief Operating Officer of Tiziana Life Sciences.