WHO emergency team to convene to discuss Zika virus 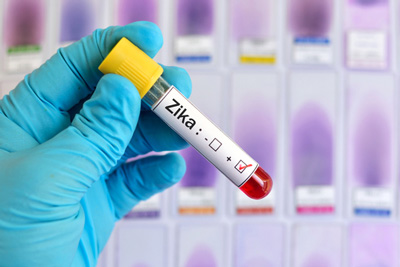 The World Health Organization (WHO) has issued a statement announcing that its Director-General, Margaret Chan, will convene an International Health Regulations Emergency Committee on Zika virus next week.

The Committee will meet to ascertain whether the outbreak constitutes a Public Health Emergency of International Concern.

In a briefing to the WHO’s Executive Board, Chan said:  “WHO is deeply concerned about this rapidly evolving situation for 4 main reasons: the possible association of infection with birth malformations and neurological syndromes; the potential for further international spread given the wide geographical distribution of the mosquito vector; the lack of population immunity in newly affected areas; and the absence of vaccines, specific treatments, and rapid diagnostic tests.”

In May 2015, Brazil reported its first case of Zika virus disease. Since then, the disease has spread within Brazil and to 22 other countries and territories in the region.

Arrival of the virus in some countries of the Americas, notably Brazil, has been associated with a steep increase in the birth of babies with abnormally small heads and in cases of Guillain-Barré syndrome, a poorly understood condition in which the immune system attacks the nervous system, sometimes resulting in paralysis.

A causal relationship between Zika virus infection and birth defects and neurological syndromes, such as microcephaly, has not been established, but is strongly suspected.

WHO to prioritise development of vaccines

WHO’s Regional Office for the Americas (PAHO) has been working closely with affected countries since May 2015. PAHO has mobilised staff and members of the Global Outbreak and Response Network (GOARN) to assist ministries of health in strengthening their abilities to detect the arrival and circulation of Zika virus through laboratory testing and rapid reporting. The aim has been to ensure accurate clinical diagnosis and treatment for patients, to track the spread of the virus and the mosquito that carries it, and to promote prevention, especially through mosquito control.

WHO is also supporting the scaling up and strengthening of surveillance systems in countries that have reported cases of Zika and of microcephaly and other neurological conditions that may be associated with the virus. Surveillance is also being heightened in countries to which the virus may spread. In the coming weeks, WHO says it will convene experts to address critical gaps in scientific knowledge about the virus and its potential effects on foetuses, children and adults.

WHO has said it will also prioritise the development of vaccines and new tools to control mosquito populations.