We recently caught up with Frank Pasqualone of Theravance Biopharma to find out about the latest study results for the company’s antibiotic, Vibativ… 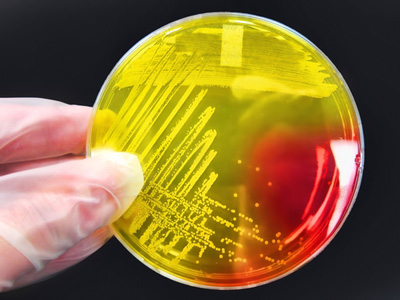 We caught up with Frank Pasqualone, Senior Vice President and Global Head, Acute Care Business at Theravance Biopharma, to find out more about the therapy and the results of the studies. Mr. Pasqualone began by explaining more about the mode of action of the treatment: “Vibativ has a dual mechanism of action that works by both inhibiting bacterial cell wall synthesis and disrupting bacterial cell membrane function.  This dual mechanism of action acts at two separate targets on the bacterium, differentiating Vibativ from several MRSA antibiotics, including vancomycin, the most commonly prescribed treatment for MRSA and related bacterial infections.”

“Additionally, Vibativ is differentiated from vancomycin in a number of ways, including its dual mechanism of action, demonstrated penetration into infection sites, convenient, once-daily dosing with no need for therapeutic drug-level monitoring, ability to reduce MRSA concentrations within eight hours and the fact that no resistance to treatment was seen during its Phase II and III clinical programmes (reports of resistance during post-approval clinical use are extremely rare).”

The data presented at ASM Microbe showed that Vibativ possessed the greatest in vitro activity of all antibiotics evaluated against a broad, global collection of contemporary S. aureus clinical isolates causing bacteremia, including endocarditis. Overall, the minimum inhibitory concentrations (MICs) for Vibativ were eight times lower than for daptomycin and 16- to 32-times lower than for vancomycin and linezolid against the S. aureus isolates that were evaluated, including MRSA, MSSA and multi-drug resistant subsets.

Data from a second study demonstrated potent in vitro activity for Vibativ against multiple daptomycin-resistant MRSA strains causing infective endocarditis in a rigorous animal model.  Vibativ significantly reduced the levels of MRSA found in all three target tissues (heart, kidney and spleen) that were evaluated as compared to the untreated control and daptomycin-treated groups. Additionally, Vibativ produced a high percentage of target tissues that were classified as culture-negative for MRSA, while daptomycin did not sterilize any of the target tissues. Finally, there was no mortality observed in animals treated with Vibativ, as opposed to a 29 percent mortality rate for those animals in the standard daptomycin treatment group.

Findings from a third study demonstrated potent in vitro activity for Vibativ against a broad, global collection of contemporary Gram-positive pathogens, including S. aureus clinical isolates such as MRSA, causing bone and joint infections.  This potency was demonstrated against all S. aureus isolates evaluated, regardless of phenotype. Additionally, all clinical isolates that were shown to be daptomycin-resistant or teicoplanin-resistant remained susceptible to Vibativ.

Potency regardless of isolate phenotype and resistance profile

Mr. Pasqualone commented on the ASM Microbe data: “These findings demonstrated greater in vitro activity for Vibativ against a range of difficult-to-treat Gram-positive pathogens.

“Importantly, the in vitro activity of Vibativ was demonstrated against isolates from difficult-to-treat infection types with significant unmet medical need including Staphylococcus aureus bacteremia, infective endocarditis caused by daptomycin-resistant MRSA, and bone and joint infections.  In some cases, these pathogens against which Vibativ demonstrated in vitro potency were non-susceptible or resistant to treatment with other evaluated antibiotics.

“As we continue to evaluate Vibativ against a range of these infection-causing clinical isolates, we are impressed to consistently see that the drug has potent in vitro activity, regardless of the isolates’ phenotype and resistance profile.  Importantly, in many cases this potency is demonstrated to be several fold greater than other antibiotics routinely used for the treatment of Gram-positive infections.”

We asked Mr. Pasqualone more about the threat of antimicrobial resistance and how Vibativ can help combat it: “With the crisis of antibiotic resistance continuing to grow more acute, there is an urgent need for differentiated antibiotic products that are able to address difficult-to-treat bacteria that have limited or no susceptibility to currently available antibiotics. We believe that Vibativ demonstrates a number of critical attributes that may offer key advantages in the fight against antibiotic resistance. These include demonstrated in vitro potency, dual mechanism of action, clinical evidence of efficacy in a range of difficult-to-treat infections in HABP/VABP and cSSSI, proven ability to penetrate important lung and tissue sites, and dosing that ensures effective levels of the antibiotic are maintained.”