In one study, the engineered T-cells induced complete remission in 94% of patients with acute lymphoblastic leukaemia… 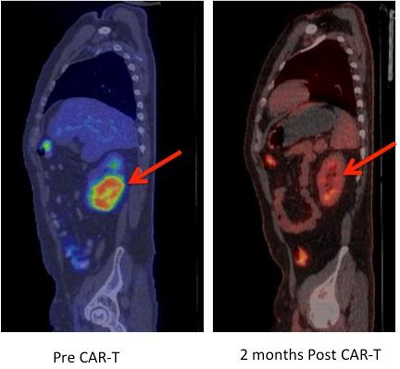 Dr Stanley Riddell, an immunotherapy researcher and oncologist at Seattle’s Fred Hutchinson Cancer Research Centre, has presented ‘extraordinary’ results from adoptive T-cell strategies for cancer at the annual meeting of the American Association for the Advancement of Science (AAAS).

Speaking at AAAS, Riddell described the results as a “potential paradigm shift” in cancer treatment.

In preliminary results of clinical trials using the latest version of an experimental immunotherapy – T-cells engineered with chimeric antigen receptors, or CARs – Riddell and his colleagues have seen “sustained regression” in many previously relapsing and treatment-resistant cases of B-cell malignancies. In one of the studies, around 35 patients with acute lymphoblastic leukaemia (ALL) were treated with the modified cells. The engineered T-cells induced complete remission in 94% of the patients in the study. In another study, remission rates of more than 50% and response rates of more than 80% were seen in one group with non-Hodgkin’s lymphoma. Patients with chronic lymphocyte leukaemia (CLL) demonstrated similar results.

Commenting on the research, Riddell said: “In the laboratory and in clinical trials, we are seeing dramatic responses in patients with tumours that are resistant to conventional high-dose chemotherapy.” T-cells are white blood cells that detect foreign or abnormal cells, including cancerous ones, and initiate a process that targets the invaders for attack. But even when triggered, the natural immune response to a tumour often is neither potent nor persistent enough to vanquish cancer cells: T-cells become exhausted or tumours evade them by imposing regulation that can limit the effectiveness of attack by T-cells present in the patient.

Adoptive T-cell transfer is an experimental immune-boosting process in which immune cells are engineered to recognize and attack the patient’s cancer cells. Researchers extract T-cells from the blood and use gene transfer to introduce highly potent receptors that target the cancer cell. In less than two weeks, the new cells are infused into the patient where they can home to the tumor site and destroy the cancer cells.

Riddell and his colleagues constantly refine the process. They recently revised their CAR T-cell treatment protocols to increase effectiveness and reduce negative side effects, which can include neurological symptoms and “cytokine release syndrome,” with fevers and drops in blood pressure. Meanwhile, scientists in his lab are working to modify the technology to apply it to a wider range of cancers, and they are developing the next generation of engineered T-cells, which are expected to be safer and easier to design.