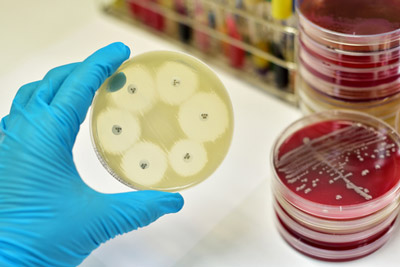 Phage therapy is an innovative therapeutic method for treating bacterial infections, in particular hospital-acquired infections and/or antibiotic-resistant infections. By leveraging Mr Fanneau de La Horie’s expertise, Pherecydes Pharma will be able to move forward with its three R&D programs: PHAGOBURN in burns, PNEUMOPHAGE to treat Pseudomonas aeruginosa respiratory infections, and PHOSA for the treatment of serious Staphylococcus aureus infections. The company expects to conclude its first phage therapy clinical trial and the preclinical phases for two new products before the end of the year. Mr Fanneau de La Horie will be responsible for increasing the financial resources of the company and developing industry partnerships.

Before joining Pherecydes Pharma, Mr Fanneau de La Horie held a number of international management roles, including positions within Schering-Plough, Biogen and IDM, in both Europe and the USA. More recently, he was CEO of PathoQuest, a company developing NGS-based infectious disease diagnostic technology. Between 2006 and 2013 he was the CEO of Neovacs and coordinated the 2010 IPO. Prior to that, he spent eight years with Biogen, where he set up and ran the subsidiaries in France and Benelux. During his time with Biogen he managed a $700M (€639M) sales force in the US and held Europe-wide responsibility for marketing, regulatory and medical matters. A graduate of the National Veterinary School in Lyon, France (1982), Guy-Charles also holds an MBA from INSEAD, awarded in 1988.

He also co-founded the ‘Angels Santé’ health care business angels network in 2008 and has invested in start-ups such as Santévet, Nanobiotix, Effimune and Pherecydes Pharma.

Commenting on Fanneau de La Horie’s appointment, Michel Joly, chairman of the supervisory board of Pherecydes Pharma, said: “It is an honour to welcome Guy-Charles Fanneau de La Horie as the head of our management team. His high-level management experience and his financial expertise will help Pherecydes Pharma achieve its primary objective: to bring effective phage therapies to market for addressing the therapeutic difficulties that clinicians face with antibiotic treatment.”

Mr Fanneau de La Horie added: “I am extremely pleased to join the senior management team of a company that is leading the way in the field of phage therapy. Phage therapy is now considered to be one of the most promising approaches for combating multidrug-resistant bacteria. The next pharmaceutical revolution will be based on phages. Pherecydes Pharma is the undisputed frontrunner in this field today.”