According to the research, a drug for a disease that affects twice as many people will generate twice the revenue. But vaccine revenue depends on finer details about how the risk is distributed in the population… 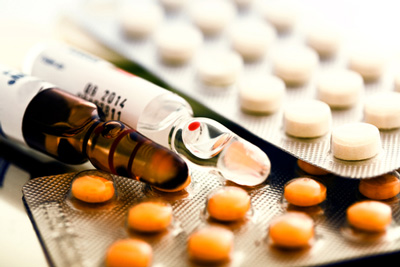 A Harvard-Dartmouth study on preventives versus treatments offers a new economic rationale for the trend for pharmaceutical companies to invest in drugs rather than vaccines.

The researchers say the population risk for diseases resembles a Zipf distribution, where the demand curve for a drug is likely to support stronger revenue extraction than for a vaccine. (A Zipf distribution is a special case of the power-law distribution in which the values and probabilities scale by an inverse proportion, rather than by some arbitrary constant).

Holding constant the harm caused by the disease, revenue from a drug sold on the private market is proportional to the disease’s overall prevalence. According to the research, a drug for a disease that affects twice as many people will generate twice the revenue. But vaccine revenue depends on finer details about how the risk is distributed in the population. A disease for which everyone shares the same risk will generate considerably more vaccine revenue than one for which a few individuals have a high risk and most only a small, positive risk because a low price does not extract much of the considerable value provided to high-risk consumers and a high price excludes most people from buying.

“A Zipf distribution of risk such as we see for diseases from HIV to Lyme disease to heart attacks presents something of a worst-case scenario to pharmaceutical manufacturers hoping to earn a return on a vaccine investment. There is just no ‘sweet spot’ to price a vaccine for such diseases,” said Christopher Snyder, the Joel Z. and Susan Hyatt Professor of Economics at Dartmouth. “The problem is particularly apparent for rare diseases. For a common disease like HPV, people cannot differ that much in their risk: most everyone has a fairly high risk of contracting it, so most everyone would pay a lot for a vaccine or other preventive. Perhaps this is why manufacturers devoted resources to an HPV vaccine before some other diseases that might even be more deadly.”

For the study, researchers examined how the Zipf distribution effect would apply to the distribution of HIV risk in the US population based on data from the 2010 National Health and Nutrition Examination Survey. The findings revealed that the estimated distribution of those at risk for HIV/AIDS was similar to the associated Zipf distribution for the same prevalence level, especially given that there is a low prevalence of HIV in the US population. Based on this calibration, the study found that an HIV vaccine would only generate about a quarter of the revenue from a drug.

The study also looked at the human papillomavirus (HPV) in the US, which is much more prevalent than HIV. With HPV’s prevalence, the vaccine to drug revenue ratio was more than double, which may help explain why there is a vaccine today for HPV and not one for HIV.

Examining the Zipf distribution of disease risk in relation to the potential revenue from vaccines need not be limited to sexually-transmitted or infectious diseases, as the study demonstrates that the theory can be applied to other diseases. In the case of heart disease, however, a vaccine or preventive, would provide only 40 percent of the revenue from a drug or treatment.

The study provides further insight into the incentives and complex factors associated with pharmaceutical research and development for vaccines and drugs, by illustrating that the revenue ratio for any disease risk distribution depends on the degree to which the risk-distribution for a disease resembles a Zipf-curve and how prevalent a disease may be.