New biomarkers for TB could lead to improved vaccines 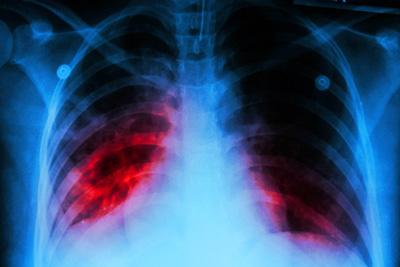 A team of scientists led by Oxford University have identified new biomarkers for Tuberculosis (TB) which have shown for the first time why immunity from the widely used Bacillus Calmette-Guérin (BCG) vaccine is so variable.

The researchers say the biomarkers will also provide valuable clues to assess whether potential new vaccines could be effective.

TB remains one of the world’s major killer diseases. The only available vaccine, Bacillus Calmette-Guérin (BCG), works well to prevent severe disease in children but is very variable (0% to 80% effective) in how well it protects against lung disease, particularly in countries where TB is most common.

While BCG is one of the safest and most widely used vaccines worldwide, there is one key issue: It is currently very difficult to determine whether it will work or not. This also makes it really hard to determine if any new vaccines might work.

With a pressing need for a TB vaccine that is more effective than BCG, a research team set out to identify immune correlates that could facilitate TB vaccine development. The team, led by Professor Helen McShane and Dr Helen Fletcher, studied immune responses in infants in South Africa who were taking part in a TB vaccine trial.

Antibodies to a TB protein, Ag85A, were also identified as a possible correlate. Higher levels of Ag85A antibody were associated with lower TB risk. However, the team cautions that other environmental and disease factors could also cause Ag85A antibody levels to rise and so there may not be a direct link between the antibody and TB risk.

Professor McShane said: “These are useful results which ideally would now be confirmed in further trials. They show that antigen-specific T cells are important in protection against TB, but that activated T cells increase the risk.”

Dr Helen Fletcher from the London School of Hygiene & Tropical Medicine, said: “For the first time we have some evidence of how BCG might work, and also what could block it from working. Although there is still much work to do, these findings may bring us a step closer to developing a more effective vaccine for TB.”