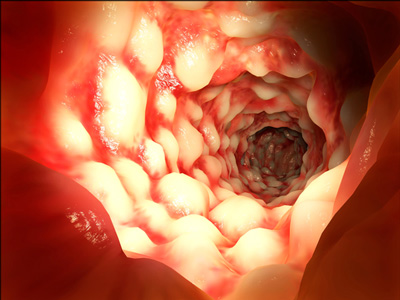 Enterome has signed an exclusive worldwide license agreement with Vertex Pharmaceuticals to research, develop and commercialise novel small molecule FimH antagonists for use in the treatment of inflammatory bowel diseases (IBD).

Enterome plans to take the lead compound in this programme, known as EB 8018, into first human clinical trials during 2016 as well as a companion diagnostic to identify patients with IBD who will benefit from their use.

Through application of its metagenomics platform, Enterome has identified a key bacterial species – adherent-invasive Escherichia coli (AIEC) – which is responsible for triggering inflammation in IBD. AIEC adheres to gut epithelial cells by virtue of FimH adhesion proteins on its cell surface, which bind to the CEACAM6 receptor on gut epithelial cells and allow the bacterial cells to invade the gut wall and proliferate. Research has shown that blocking FimH prevents the adherence and proliferation of AIEC, thereby reducing inflammation and providing new opportunities for the prevention and treatment of IBD.

Transformative for the IBD treatment arena

Commenting on the license agreement, Pierre Belichard, CEO of Enterome, said: “The rapid growth of evidence supporting the involvement of the microbiome in serious diseases is providing myriad new opportunities and targets for therapeutic intervention with small molecule drugs. The unique insights we have gained on the roles of specific constituents of the gut microbiome brought through our metagenomics platform strongly supports the central role of AIEC in inflammatory bowel diseases. Through this in-licensing agreement we are delighted to gain access to these novel FimH antagonists including EB8018, which we intend to advance into clinical trials during 2016, and which we believe could be transformative for the management and treatment of IBD.”

The gut microbiome plays a crucial role in the pathogenesis of IBD. Increasing evidence suggests that mucosal lesions are generated by a dysregulated immune response against commensal microbes in the gut. Enterome is pioneering the development of innovative therapeutic approaches (drugs and diagnostics), to support a personalised medicine for microbiome-related diseases with a special focus on IBD.