The impact of antibiotic exposure on the infant microbiome 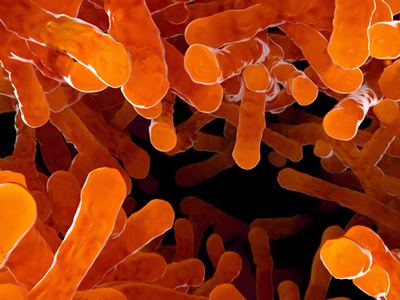 A comprehensive analysis of changes in the intestinal microbial population during the first three years of life has revealed some of the impacts of antibiotic exposure, including the effects of multiple antibiotic treatments.

A team led by investigators from Massachusetts General Hospital (MGH) and the Broad Institute have described findings that may contribute to the understanding of how the gut microbiome is established and how the combination of microbes in individual children may contribute to the risk of developing conditions like type 1 diabetes and inflammatory bowel disease.

Ramnik Xavier, MD, PhD, chief of the MGH Gastrointestinal Unit and an institute member at the Broad, commented: “Not only did our study analyse the gut microbiome at a high resolution that allowed us to identify both microbial species and strains, but by following our study participants over time we also were able to uncover findings that would not have been revealed by single samples from each patient.

In collaboration with a team of Finnish researchers they have worked with for several years, the MGH/Broad team enrolled a group of 39 children from whom monthly stool samples were taken beginning after birth and continuing until age 36 months. Each sample was analysed with a standard, RNA-based sequencing procedure used to identify microbial populations, and more detailed whole-genome sequencing was conducted on about 25 percent of samples to reveal the specific strains of identified microbial species. During the study period, 20 of the participants received antibiotics to treat respiratory or ear infections, with those children receiving from 9 to 15 treatments.

Many features of the developing gut microbiome were found to be consistent across all study participants, with the presence and abundance of particular species rising and falling at similar age points. The researchers also found several clear differences from the findings of previous studies regarding the impact of breastfeeding. Earlier studies comparing breast-fed with formula-fed children have reported increased abundance of Bifidobacterium species in those who were breast-fed for longer periods of time. All of the children in this study were breastfed for some period of time, and while there was some correlation between the length of breastfeeding and levels of Bifidobacteria, some of the children in this group had low levels of those bacteria even while being breastfed.

Children who had been exposed to antibiotic treatment had a reduction in the diversity of their microbial population, a difference that was even greater in those who also had the low-Bacteriodes signature. Whole-gene sequencing also found that, in antibiotic-exposed children, bacterial species tended to be fewer and dominated by a single strain, instead of the several species and strains seen in those not treated with antibiotics. The analysis of many samples taken over time revealed that the microbiomes of antibiotic-exposed children were less stable, particularly around the time of antibiotic treatment.

“Some of the things we’d like to investigate next are how the microbiome gets established during the first week of life – particularly what the primary mechanisms of transmission are – how the composition of the early-life gut microbiome affects children’s health, and what factors underlie the resilience of the infant microbiome,” says Xavier. “The kind of high-resolution sequencing done in this study should lead to better understanding of the natural history of the infant gut microbiome and the impact of perturbations caused by antibiotics and environmental factors.”