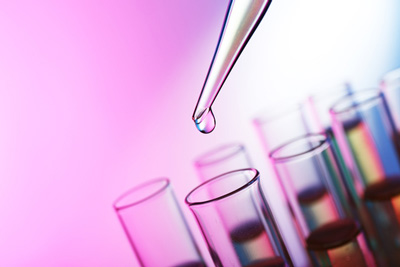 We can all fall victim to the hype around a new technology, but are there any discovery technologies that you think we should be paying close attention to at the moment?

When thinking about this question, there are three technologies that jump to mind. The first is genomic editing, in particular the Cas9/CRISPR system – it has the potential to revolutionise cellular and animal models, and eventually provide a new therapeutic route for genetically – based diseases. Of course, one has to have the accompanying cellular/tissue culture technologies that allow for propagation of edited cells, if you are going to make it work at a therapeutic level. I also think it is worth keeping an eye on 3D cell printing technologies – which allow us to take cells and then assemble them using engineering and software technologies, to better form biologically representative tissues or pseudo – organs.

Thirdly, I think we should pay attention to any technology or science around immunomodulation; being able to better modulate, control and influence the immune system will enable us to mount a more successful defence against infectious disease pathogens and tumours.

In your opinion, what sets apart the truly industry – shaping technologies?

Whether it is pharma/pharma, pharma/biotech or pharma/academia, collaboration deals have been filling the industry news sites recently. Are there any collaborations that you are particularly excited about?

The Accelerating Medicines Partnership is definitely one to watch. It is a 230 million dollar, five year programme spear – headed by the NIH, with 10 pharma companies signed on. It got a lot of attention back in February when it was announced – now we are waiting to see what practical implications it is going to have. There is a danger that alliances can be very scientific without leading to any new drugs – ideally we want alliances to be goal – oriented, and this initiative does seem to have practical outcomes as a priority.

There are also some exciting collaborations in the area of immune approaches to cancer; in particular, the T cell therapy partnership between Novartis and the University of Pennsylvania. In terms of inter-pharma collaborations, a worthy exemplar is the GSK/AstraZeneca partnership on EGFR – MEK inhibitor combination therapy clinical trials. To this point, I am interested in learning how combination therapy collaborations get started: do the academics demand them because they see the potential to have different assets used together, or do the pharma companies initiate them?

What do you think a pharma company’s main objectives should be when entering into a discovery stage collaboration?

We are seeing good trends already – GSK working with a VC firm to set up new ventures within an incubator in San Diego, and Pfizer doing the same with UCSF/Mission Bay in San Francisco. Johnson & Johnson Innovation is actively setting up its own incubator spaces in both the US & UK. These companies are clearly developing new ways to reach out and support academic translational science. In addition, they seem to be exploring new mechanisms for fostering early – stage science without being controlling or somehow predatory.

While the trends are positive from pharma, I find the universities are generally stuck in an earlier mentality they tend to keep to a traditional licensing framework and they still overvalue their IP. It would also help to have better consistency between universities in licensing terms (e.g. equity positions, IP and royalties). In particular, it needs to take less time to negotiate contracts with university transfer offices. Pharma/biotech is trying be creative in how they forge collaborations with academia, it is now the universities’ turn to respond and catch up.

We are seeing a lot of successful biotech collaborations within the hubs. However, outside of the major hubs (Boston, San Diego, San Francisco) it is much more challenging – even in places like Maryland, Seattle, North Carolina and Madison, Wisconsin that all have a productive history of biotech. Pharma companies need to think about how to get outside of the three major hubs to find the discoveries that will drive their pipelines.

Many researchers are also looking to improve internal collaborations – how can we improve the scientific exchange within a company?

This was my major effort when I was CSO at Life Technologies – how to drive intra-company innovation. After working on this for three and a half years, my conclusion was that if a company sets up their organisational structure into autonomous business units with separate P&Ls, it then creates impermeable “silos” when it comes to innovation; their R&D teams have considerable difficulty working across organisational boundaries. Frequently, there exists different talent sets in different teams and different technologies reside in disparate business units – when large organisations wall these different groups off, it prevents the expertise sharing and technology synergies that could potentially occur. In order to fix this, large companies need to mandate a formalised mechanism that provides financial support for intra-company collaborative R&D projects. This type of set – aside funding would enable scientists to work on projects that capture more innovative approaches.

The world’s biggest pharmaceutical companies are keenly searching for ways to streamline their research and reinvigorate their pipelines – is there anything that they can learn from start – up biotechs?

Start-ups are often a direct outgrowth from the founder’s academic lab – so it would be very difficult to replicate their deep familiarity with a certain technology and their shared staff experience. However, it is possible for pharma to get closer to the academic opportunities they come across. The focus should be on supporting the team that is in place, rather than attempting to take an entity over. Pharma companies can deploy modest resources and still be very effective – if they assist early – stage start -ups right at the point when the technology has been rolled out of the university.

Such pharma alliances can be extremely helpful to emerging biotechs because they can provide not only capital but also expertise in many of the downstream aspects of a therapeutic or diagnostic program. By fostering a venture early in its formation, they not only help shape the course of the company (to avoid costly mistakes), but also, arrive first at the table to partner.

All start-ups have to move through a bridging process where the science is run as if it’s under a company budget, as opposed to it being run as a grant. I believe pharma companies can play an important role in helping start-up teams make this transition. Speaking from our own experience of collaborating with Pfizer under their Seed Fund mechanism, our university – based scientific team is being helped in its transition to a system where timelines and pre -defined deliverables are in place, while also being allowed to make these changes under light guidance and realistic schedules.One well-known example of how to successfully launch a robust start-up R&D culture is how Genentech functions. They place an emphasis on keeping their teams scientifically active and they reward them very well – that is why they have been able to recruit superstars and stay highly innovative.

During your career you have built up a great deal of experience in cancer research. In your opinion, have the key challenges in cancer drug discovery changed in recent years?

When I first started in cancer research, cytotoxics were the method of choice. We then worked through the advent of targeted therapeutics – mostly kinase inhibitors. That has proven useful in certain disease states but there are often two critical issues working against this approach: (1) tumours are clonally diverse, and (2) drug resistance occurs because tumours can genetically evolve under the selective pressure imposed by the drug.

Today’s cancer drug discovery teams face two major issues: How do you assess and contend with clonal diversity not only in the disease but also within the individual patient? And how do you deal with the varied mechanisms of drug resistance that arise? It can seem almost impossible to achieve success using a highly selective small molecule inhibitor approach when the tumour is an evolving thing. We need therapies which simultaneously evolve with the tumour and keep it in check. This theme was very pervasive at the recent AACR meeting, where it was evident that the emphasis in cancer therapeutics has shifted to one of immunomodulation.

It is difficult to talk about developments in cancer research, without mentioning the progress made in biomarker and diagnostics technology. How are these advances impacting on the way we approach cancer drug discovery?

The main impact has been improved classification of tumour types. Rather than thinking of clinical classification, we can now think about gene expression and protein biomarker signatures, allowing us to better classify the molecular drivers behind the tumour. By having more representative models of different tumour types (both in vitro and in vivo models), we should be able to get a better handle on how particular drugs work. This will be true at the individual patient level as well – we will need molecularly and clinically relevant avatars to test prospective therapies against.

I also think that having biomarkers for use in medical imaging technology will have a huge impact. This approach can provide pharmacodynamic measures to assess drug efficacy, informing clinicians directly about tumour regression and metastasis.

I anticipate we will see new imaging modalities being routinely used as a companion to new cancer therapies very soon.

Under the microscope: Leveraging CRISPR libraries for target discovery