The European Society of Clinical Microbiology and Infectious Diseases (ESCMID) and the American Society for Microbiology (ASM) have just closed a joint conference in Vienna, which aimed to help researchers accelerate the development of new antimicrobials and to shed light on the challenges associated with antimicrobial resistance. 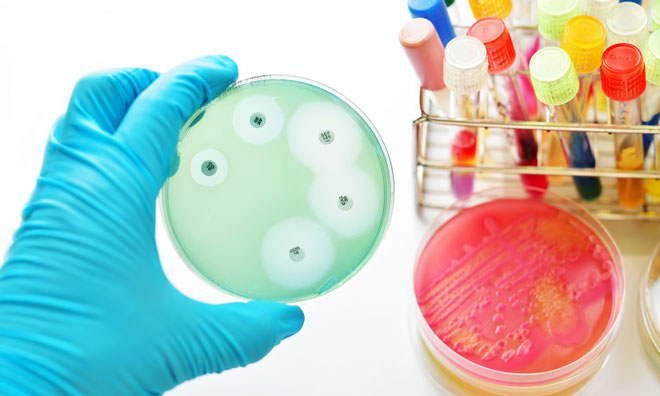 Several key presentations at the conference highlighted important issues in the field of antimicrobials: the optimisation of drug development, strategies to overcome regulatory hurdles, public-private partnerships, innovative trial design, approaches to decrease resistance in new molecules or better access to safe and effective treatment for special populations including children or pregnant women.

Widespread drug resistance to antibiotics was the central theme of the conference. Dr John Rex, Chief Strategy Officer at AstraZeneca, stressed that all future clinical trials need to be designed with antimicrobial resistance in mind. Wild-type bacteria – which are susceptible to most antibiotics – have become rare, while those that developed usual drug resistance (UDR) are more common, Rex explained.

He warned that one of the most frightening prospects is that UDR bacteria have the potential to evolve into multiple-drug resistant (MDS) bacteria or microorganisms with extensive multi-drug resistance.

Driving an organism back into the less dangerous UDR category requires new antimicrobials, while the development of new antibiotics is more challenging in the context of widespread antimicrobial resistance. New clinical trial designs and strategies need to be devised and made to work, Rex suggested.

Dr Edward Cox, Director at the Office of Antimicrobial Products at the US Food and Drug Administration explored some of the issues that contribute to the lack of antimicrobial in development. Despite progress with some recent approvals, tough scientific and economic hurdles remain, so that most new molecules in phase I clinical trials never make it to phase II, Cox stated.

While innovation is difficult to achieve in such a mature field we need innovative approaches to develop a new generation of antimicrobials that meet the challenge of resistance.

Cox’ European counterpart, Dr Marco Cavaleri, Head of Anti-infectives and Vaccines at the European Medicines Agency, outlined recent evolutions of the regulatory standards for the approval of new antimicrobials in the European Union.

He particularly elaborated on the development specific for MDR pathogens in areas of unmet needs, new guidelines on pharmacokinetics and pharmacodynamics (PK/PD) of antibacterial agents, alternative therapies and harmonisation efforts.

In his presentation, Dr Arnold Louie from the University of Florida presented a roadmap of PK/PD principles for decreasing the development of drug resistance in antimicrobials. He suggested combating resistance for single drug regimens by hitting the bacteria hard and fast. Louie recommends using higher dosages for a shorter duration to rapidly reduce the total population and cut the use of antibiotics.

Antimicrobial drugs behave very differently within the organ systems of a newborn compared to an adult, so clinical trial results cannot be extrapolated. As Prof. John van den Anker (University Children’s Hospital, Basel, Switzerland) explained, it is also difficult to predict how a pregnant woman and her unborn child will react to emergency antimicrobial therapy.

Standard clinical trials fail to provide data on drug toxicity and efficacy in pregnant women and children because it is unethical to enrol them in trials.

He also highlighted the irony that infants and children are not only excluded from most clinical trials of antimicrobials, but also from accessing orphan drugs due to clauses restricting their use to adults.

The International Neonatal Consortium, established in 2015, called for greater sharing of data, knowledge and expertise to advance innovation in the field of antimicrobials for the non-adult population.

Dr John Bradley, University of California in San Diego, explored in greater detail the challenges clinicians and researchers face when treating neonates with severe infections. It is not uncommon for premature babies to weigh only 500 grams, which makes any calculation of dosage per kilogram of body weight virtually impossible.

Bradley emphasised the dilemma faced by paediatric investigators and parents when making treatment decisions based on very scant published evidence.

In his presentation, Prof. Mike Sharland, University of London, confirmed the lack of a global consensus on how to conduct clinical trials in children with severe infection, and a paucity of guidance on how to develop and test new antibiotics for use in children and neonates.

He did, however, also report that promising studies are now emerging, including strategic trials to re-evaluate older antibiotics for children. He called for new initiatives in Europe and the US to recognise the need for detailed data on newly developed antibiotics and older drugs that have never been tested in this population.

Prof. William Hope, a member of the conference’s organising committee, commented, “Although the discussions have centred on the issues and challenges surrounding antimicrobials, we have presented strategies to overcome the hurdles and develop new innovative approaches to tackle antimicrobial resistance. The conference provides solutions to some of the issues outlined by the recent high-level United Nations meeting on AMR. ESCMID will continue to support researchers, specialists and policy makers with events providing evidence-based results aimed at improving prevention, diagnosis and treatment of infection-related diseases in all patient populations, including the most vulnerable such as pregnant women and neonates.”