The surprise is that diabetic mice absorb more fructose within minutes after it hits the stomach, sending it to the liver where it manufactures fat… 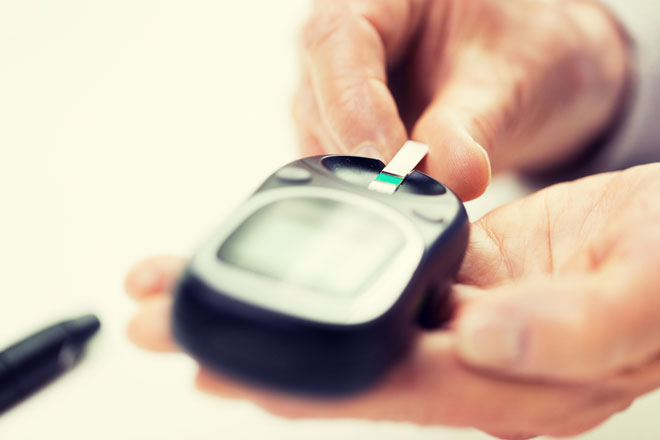 Fructose, once seen as diabetics’ alternative to glucose, is fast-tracked to the liver in diabetic mice and contributes to metabolic diseases, according to new research from Harvard University.

Scientists discovered that the effect is dependent on a protein that is turned on by diabetes and that then opens the floodgates to fructose in the small intestine. The findings are the result of both short-term and long-term feeding experiments, and they provide a vivid picture of what may be happening after consuming high-fructose food and drink.

The surprise is that diabetic mice absorb more fructose within minutes after it hits the stomach, sending it to the liver where it manufactures fat.

“By building a picture of what happens inside the body when you drink a sugary drink or eat that extra cookie, we might be able to help people to think about the effects and also identify which people could be most vulnerable to excess sugar,” says Professor Richard Lee of Harvard, who supervised the study.

“What is a safe amount of sugar for one person could be different from what is safe to another. Our findings suggest that some diabetics might be more susceptible to the damaging effects of fructose because diabetes tunes the body to reach into the intestine and grab more of this type of sugar.”

Fructose is a sugar that has found its way into our diets at higher levels via food and drink containing table sugar (which is half fructose) or high-fructose corn syrup. This increase over the last few decades has been associated with several metabolic diseases including obesity, fatty liver disease, hypertension, insulin resistance and Type 2 diabetes. Meanwhile, there is no evidence that fructose from unprocessed fruit is a health risk.

In the feeding experiment, the team analysed mice with and without a metabolic control protein. The protein, called Txnip, was found to increase the number of transporters that act as tiny holes allowing fructose to cross the gut wall. The fructose then travels to the liver where it encourages the liver to accumulate fat and may then contribute to insulin resistance and hypertension.

The results indicate that the way the body processes fructose and glucose are intertwined. For example, fructose can induce insulin resistance, an important component of type 2 diabetes. This in turn reduces the amount of glucose stored in the liver and muscle tissue and increases glucose levels circulating in the bloodstream. More research is needed to understand whether this could promote the transition of prediabetes to type 2 diabetes.

“The next big questions to answer are whether all forms of diabetes increase fructose absorption, and also whether the effects and mechanisms are similar in humans,” says Lee, who is also a principal faculty member at Harvard Stem Cell Institute.

“For now, it is clear that consuming fructose at low levels, such as in fresh whole fruits, is perfectly fine in humans but our research suggests that the liver of diabetics might get more of a high-fructose load than non-diabetics,” he says.