In the past, insoles for patients with diabetes were hand-made by orthopaedic shoemakers. In the future, these specialist shoemakers will be able to produce insoles more cost-effectively thanks to new software and the use of 3D printers. This approach means the mechanical properties of each insole can be assessed scientifically and more effectively. Is your […] 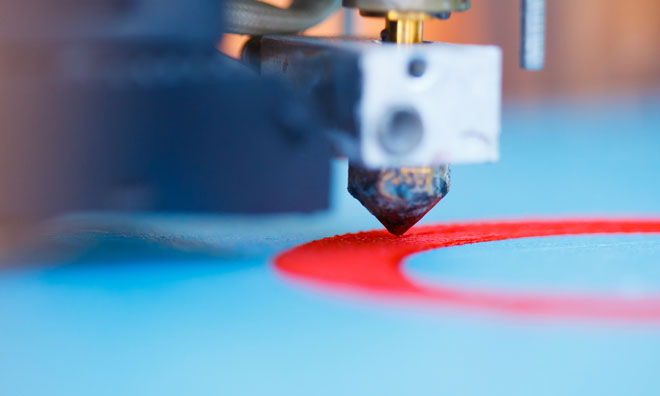 In the past, insoles for patients with diabetes were hand-made by orthopaedic shoemakers. In the future, these specialist shoemakers will be able to produce insoles more cost-effectively thanks to new software and the use of 3D printers. This approach means the mechanical properties of each insole can be assessed scientifically and more effectively.

Is your shoe too tight? Normally you would just shift your weight to take the pressure off the area that is sore. In people with diabetes, however, the nerve endings in the foot often become atrophied, and those affected cannot feel the soreness.

This can give rise to pressure points and eventually wounds that heal badly. A remedy, or at least some relief, is promised by insoles that are very soft in the area of the injury, and that are custom-made by orthopaedic shoemakers in a variety of materials.

Up until now, however, it has not really been possible to assess the success of insoles scientifically – each insole is a one-off item, after all. So it is in the interests of health insurances companies to have the process surrounding insoles digitalised to allow the collection of scientific data on them.

Digitalising the manufacture of insoles

It will soon be possible to digitalise the manufacture of insoles. LAUF, a German acronym for “laser-assisted construction of customised footwear”, refers to a project funded by Germany’s Federal Ministry of Education and Research.

Researchers from the Fraunhofer Institutes for Mechanics of Materials IWM and for Environmental, Safety, and Energy Technology UMSICHT are collaborating with industry partners on the process of digitalization. “Using newly developed software, the orthopaedic shoemaker can design an insole for an individual patient and can print out the result on a 3D printer.”

This has a number of immediate advantages: On the one hand, the mechanical properties of each insole become readily apparent, which is something health insurance companies want. On the other, insoles can be produced at greatly reduced cost. In two or so years, this software might be available to orthopaedic technicians through IETEC, a member of the project.

Covestro and Lehmann&Voss&Co laid the foundations for the 3D printing of insoles some years ago. These industry partners were the first to develop a soft material for 3D printing in the form of thermoplastic polyurethane (TPU).

Working together with UMSICHT experts, they are now developing other types of TPU that are expected to be even more suitable for use in orthopaedic insoles.

IWM scientists have meanwhile been optimising the three-dimensional structures that are required of TPU when it is used for insoles. How soft or rigid insoles are depends not just on the material itself, but also on how it is shaped.

“First we think about structures – straight rods, crooked arms, or triangles, for instance – then we produce a computer model of them, key in the data for a particular material, and simulate how rigid the result is under pressure,” Ziegler explains. “Where does an insole need to be soft, or more rigid? By altering the structure type, we can precisely determine the rigidity of the insole.”

The IWM team uses application-oriented load simulations to resolve which structures are needed where to achieve the desired properties. They test the material’s load-bearing strength and its expected lifespan.

“We simulate the entire production process, too, in order to identify where there is potential for optimisation,” Ziegler explains.

He also uses this approach in relation to other materials and structures for 3D printing.

Data relating to different insoles is next sent to Fraunhofer IWM’s industrial partners rpm GmbH and Sintermask. Their 3D printers print them by means of selective laser sintering, an additive manufacturing technique. Another partner, Explius, is responsible for processing the 3D data.

The job of the team at Fraunhofer UMSICHT is to optimise the printing process. Once an insole has been printed, it goes back to Fraunhofer IWM, where it is tested to the point of failure using tensile, abrasion, and bending tests. The first insole prototypes have already been produced in this way.