Orexin as a potential drug for treating septic shock

Recent findings by Japanese scientists may be a breakthrough in developing a silver bullet for the treatment of septic shock. 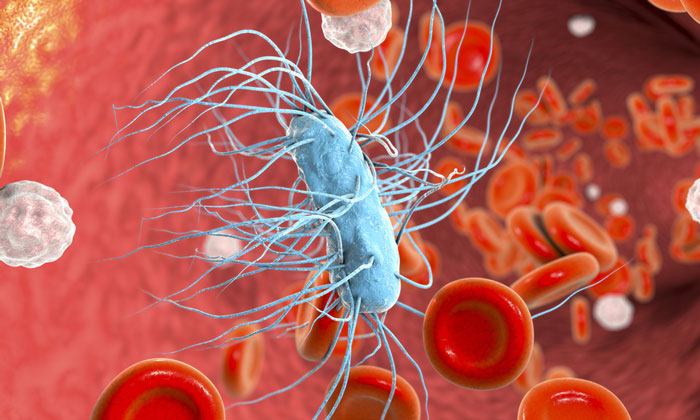 Sepsis is a life-threatening condition due to excessive immune responses to infection that damages the patient’s own tissues and organs.

In septic shock, the severest stage of sepsis, the blood pressure drops to a dangerously low level, often leading to multiple organ failure and death. To date, there is no effective therapy yet available for septic shock.

Orexin, discovered by Yanagisawa and his colleagues in 1998, plays a critical role in controlling sleep and wakefulness, and is also known to alter heart rate and body temperature in rats, suggesting that it may potentially be a therapeutic agent for circulatory shock. 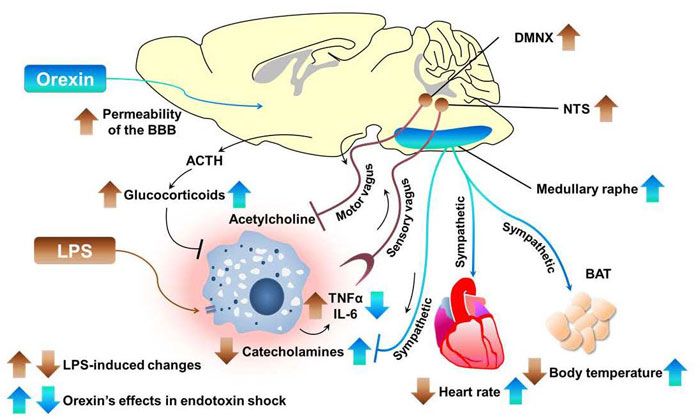 Hypothetical schema of multiple pathways by which OXA may improve survival in mice with LPS-induced endotoxin shock.

However, the clinical application of orexin is technically difficult because it works in the brain, and delivery of orexin to the brain is hampered by the blood-brain barrier (BBB), an interface that selectively transports essential molecules to the brain and separates the brain from the circulatory system in order to protect the central nervous system (CNS) from hazardous substances.

“We exploited the leakiness of the BBB, a hallmark pathophysiology of the systemic inflammatory syndrome, in order to deliver orexin into the CNS,” Irukayama-Tomobe says.

The researchers confirmed that peripherally injected orexin can enter the brain because of the enhanced BBB permeability caused by septic shock, which subsequently helps mice to survive and recover from septic shock by restoring body temperature and increasing the heart rate.

They further found that orexin is likely to regulate immune responses through multiple signalling pathways in the brain.

Future studies include elucidation of the precise mechanism through which CNS orexin regulates the responses of the immune system. They are validating the effect of peripherally administered orexin in primates with septic shock, aiming at clinical applications in the future.