Scientists have discovered a new form of congenital muscular dystrophy caused by mutations in a previously un-linked gene. 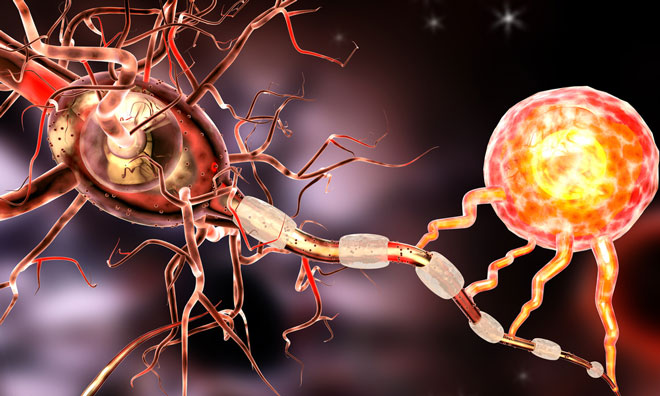 This discovery will allow a precise genetic diagnosis for a greater number of children affected by this condition, and help inform better clinical management.

The study, led by Dr Yalda Jamshidi from St George’s, University of London and Dr Chiara Manzini from George Washington University, examined the DNA of five individuals who were affected by early onset of a group of conditions including muscle weakness and an inability to stand or walk.

Although some of the symptoms varied between individuals, the results identified mutations in the same disease gene. Mutations in this gene – INPP5K – had not previously been reported.

To get a better idea of the gene’s role in development the researchers blocked the expression of the gene in zebrafish. They found that the fish then showed muscle damage and eye defects, similar to the features seen in the individuals with the mutations.

Dr Jamshidi said, “These findings can be used for diagnostic testing of people with symptoms similar to those described in this study and where the gene responsible for their condition is not known. If INPP5K is found to be the faulty gene, patients will get better guidance and more accurate information on their condition.”

Congenital muscular dystrophy (CMD) is a term used for a group of genetic muscle-wasting conditions, in which the symptoms become apparent at an early age. They cause muscles to weaken and waste over time, leading to increasing disability. They can also cause learning difficulties.

Families find it extremely difficult living in limbo without a precise diagnosis, particularly in this current era of increasing precision medicine. The results from this paper could help some families living with congenital muscular dystrophy to receive a faster diagnosis, paving the way for a potential treatment for this mutation in the future.”

Dr Jamshidi added, “There is currently no treatment available to address the underlying genetic cause of CMD. We hope that further research may identify why a faulty INPP5K gene causes these symptoms – and that information will help with the search for therapies in the future.”