Scientists have found that unstable chromosomes within lung tumours increases the risk of cancer returning after surgery, and have used this new knowledge to detect relapse long before standard testing. 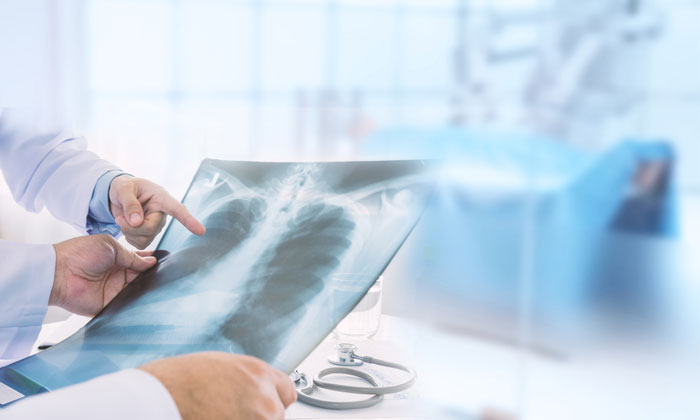 These are the first findings from the Cancer Research UK-funded TRACERx lung cancer study. TRACERx is the first study to look at the evolution of cancer in real time and immense detail. Researchers followed patients all the way from diagnosis through to either disease relapse or cure after surgery, tracking and analysing how their cancer developed.

Professor Charles Swanton, lead researcher based at the Francis Crick Institute in London, said: “The TRACERx study is Cancer Research UK’s single biggest investment in lung cancer, and for the first time we’ve revealed new insights into how tumours evolve and evade treatment, a leading cause of cancer death.

“We believe that this invaluable data generated during TRACERx will be seized upon by research teams across the world, helping us to answer more questions about lung cancer biology.

We’ve only scraped the surface in terms of what is possible by looking at tumour evolution in such detail.”

In one study,1 scientists analysed tumours from 100 non-small cell lung cancer (NSCLC) patients. They found that unstable chromosomes are the driving force behind genetic diversity within tumours.

They also showed that patients with a high proportion of unstable chromosomes in their tumour were more than four times more likely to have their cancer return, or die from their disease, within two years.

This is because genetically diverse tumours are more likely to evolve, spread and become drug resistant, making a patient’s cancer much harder to treat.

Dr Mariam Jamal-Hanjani, UCL Cancer Institute, said, “Determining the relationship between diversity within tumours and patient survival is one of the primary goals of TRACERx, so to find evidence for this so early on in the study is really encouraging.

“We’ve also identified what causes lung cancer to advance, providing us with insight into the biological processes that shape the evolution of the disease.”

Armed with this discovery, researchers conducted a second study2, to investigate whether this genetic diversity could be tracked clinically.

Using blood samples from 96 of the 100 patients, they demonstrated that the patchwork of genetic faults present in non-small cell lung cancer, could be monitored using bits of DNA in the blood that have broken off from a tumour (circulating tumour DNA).

They then analysed blood taken from 24 patients after surgery for NSCLC, and accurately identified more than 90% of those destined to relapse – up to a year before clinical imaging could confirm the disease’s return.

This finding opens up numerous opportunities for new drug trials in lung cancer to try to prevent relapse.

Monitoring benefit from chemotherapy after surgery is not currently possible as there are often no clinical signs of disease.

With this in mind, the team also compared circulating tumour DNA levels immediately before and after chemotherapy was given to patients following surgery. When levels of tumour DNA in the blood were not reduced following chemotherapy, the disease returned, suggesting that at least part of the tumour had become resistant to treatment.

The results provide a new means to monitor treatment after surgery, and point to an avenue for new treatments to target parts of the tumour that are resistant to existing approaches.

Dr Christopher Abbosh, lead author on the circulating tumour DNA study, based at the UCL Cancer Institute, said: “In the future patients could be offered personalised treatments that target parts of the cancer responsible for relapse following surgery.

“Using circulating tumour DNA we can identify patients to treat even if they have no clinical signs of disease, and also monitor how well therapies are working.

“This represents new hope for combating lung cancer relapse following surgery, which occurs in up to half of all patients.”

Professor Karen Vousden, Cancer Research UK’s chief scientist, said, “Lung cancer causes more than one in five of all cancer deaths in the UK and survival has only improved fractionally in the last 40 years. Understanding these highly complex processes is enormously challenging and the contribution made by both of these studies is an important step in the right direction.

“These findings could also help us to identify how lung cancers respond to therapy, building a bigger picture of the disease and potentially pointing the way to developing new treatments and, crucially, saving more lives.”

TRACERx involves the collaboration of more than 225 researchers and clinicians based at 19 centres across the country and is also supported by the Francis Crick Institute, UCL Cancer Institute, University College London Hospitals Biomedical Research Centre, The Royal Society, Achilles Therapeutics, illumina, Natera and Rosetrees Trust.