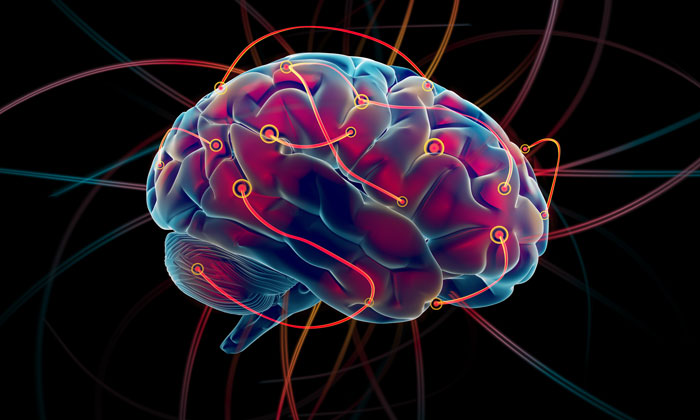 A new study has found brain abnormalities in people with bipolar disorder.

In the largest MRI study to date on patients with bipolar disorder, a global consortium published new research showing that people with the condition have differences in the brain regions that control inhibition and emotion.

By revealing clear and consistent alterations in key brain regions, the findings offer insight to the underlying mechanisms of bipolar disorder.

“We created the first global map of bipolar disorder and how it affects the brain, resolving years of uncertainty on how people’s brains differ when they have this severe illness,”

says Ole A. Andreassen, senior author of the study and a professor at the Norwegian Centre for Mental Disorders Research at the University of Oslo.

The study was part of an international consortium led by the USC Stevens Neuroimaging and Informatics Institute at the Keck School of Medicine of USC: ENIGMA (Enhancing Neuro Imaging Genetics Through Meta Analysis) spanning 76 centers and including 26 different research groups around the world.

The researchers measured the MRI scans of 6,503 individuals, including 2,447 adults with bipolar disorder and 4,056 healthy controls. They also examined the effects of commonly used prescription medications, age of illness onset, history of psychosis, mood state, age and sex differences on cortical regions.

The study showed thinning of gray matter in the brains of patients with bipolar disorder when compared with healthy controls. The greatest deficits were found in parts of the brain that control inhibition and motivation — the frontal and temporal regions.

Some of the bipolar disorder patients with a history of psychosis showed greater deficits in the brain’s gray matter. The findings also showed different brain signatures in patients who took lithium, anti-psychotics and anti-epileptic treatments. Lithium treatment was associated with less thinning of gray matter, which suggests a protective effect of this medication on the brain.

“These are important clues as to where to look in the brain for therapeutic effects of these drugs,” said Derrek Hibar, first author of the paper and a professor at the USC Stevens Neuroimaging and Informatics Institute when the study was conducted. 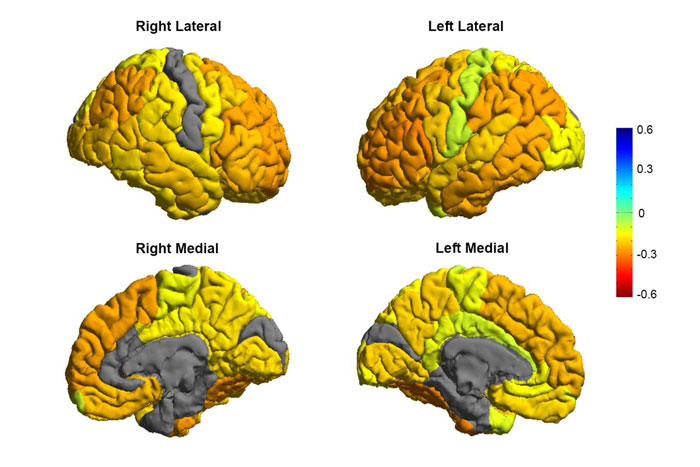 Future research will test how well different medications and treatments can shift or modify these brain measures as well as improve symptoms and clinical outcomes for patients.

Mapping the affected brain regions is also important for early detection and prevention, said Paul Thompson, director of the ENIGMA consortium and co-author of the study. “By bringing together psychiatrists worldwide, we now have a new source of power to discover treatments that improve patients’ lives.”