Two years after the start of the Innovative Medicines Initiative (IMI)-funded New Drugs 4 Bad Bugs (ND4BB) programme, the first patient has been enrolled into a Phase 2 trial sponsored by MedImmune, the global biologics research and development arm of AstraZeneca. The trial with MEDI4893 is among mechanically ventilated intubated ICU subjects for prevention of Staphylococcus aureus pneumonia… 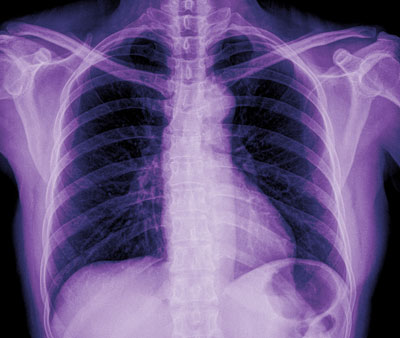 Two years after the start of the Innovative Medicines Initiative (IMI)-funded New Drugs 4 Bad Bugs (ND4BB) programme, the first patient has been enrolled into a Phase 2 trial sponsored by MedImmune, the global biologics research and development arm of AstraZeneca. The trial with MEDI4893 is among mechanically ventilated intubated ICU subjects for prevention of Staphylococcus aureus pneumonia.

The IMI-funded ND4BB programme was launched by the European Commission in May 2012, and aimed at addressing the challenges of rising antimicrobial resistance in Europe. Below is an overview of the steps leading to this important milestone in the framework of this European programme.

COMBACTE: a project aiming to tackle the antimicrobial resistance

In November 2011, the European Commission, as part of its action plan to combat the increasing threat of antimicrobial resistance, called for “unprecedented collaborative research and development effort to bring new antibiotics to patients,” including the launch of the sixth IMI Call for Proposals in May 2012 as part of the programme entitled “New Drugs 4 Bad Bugs.”

Within the ND4BB programme is the COMBACTE (Combatting Bacterial Resistance in Europe) consortium, which was formed in January 2013 from the sixth and the eighth IMI call. COMBACTE represents a unique European public/private partnership set up to promote the clinical development of new drugs in the anti-infectives field. The diversity of the experts that have been brought together (research bodies, universities, hospitals, as well as pharmaceutical industries) specialize in microbiology, epidemiology or management of clinical trials, and provides a unique opportunity to improve and accelerate the development of anti-infectives. This consortium includes 33 academic partners and three pharmaceutical companies.

“COMBACTE’s main objective is to deliver clinical trials, testing new drugs through a new collaborative approach between pharmaceutical companies and academics. It also aims to bring capability building in the infectious disease field, not only at the European level but also worldwide. To achieve this, COMBACTE is developing different networks in addition to the existing ones, such as CLIN‐Net to identify the best European investigation sites for ID research, fully complementary to LAB‐Net, which aims to regroup the laboratories with a research expertise, and a network with strong methodological expertise (STAT‐Net).”

The development of MEDI4893, a novel monoclonal antibody

One of the objectives of the COMBACTE project is to support the clinical development of a monoclonal antibody developed by MedImmune.

This molecule targets a toxin produced by Staphylococcus aureus, which is one of the leading bacteria often associated with hospital-associated infections and linked to resistance issues.  MedImmune recently received Fast Track designation from the U.S. Food and Drug Administration for MEDI4893 for the prevention of nosocomial pneumonia caused by the bacterium Staphylococcus aureus (S. aureus).

Ventilator-associated pneumonia (VAP) is one of those infections and is defined as a pneumonia occurring more than 48 hours after patients have been intubated and received mechanical ventilation.

The Phase 2 trial, named SAATELLITE, led by Hasan Jafri from MedImmune and Bruno François from Limoges University hospital, is the first interventional trial ever designed and executed within COMBACTE. It also represents a paradigm shift in the infectious disease field, studying a pre-emptive approach using a monoclonal antibody to help prevent VAP and nosocomial pneumonia due to S. aureus. A total of 462 patients are expected to be enrolled in this study across approximately 80 sites in Europe.

“An increase in emergence of antimicrobial resistance and a steady decline in the number of novel antimicrobials being developed across industry have significantly limited treatment options for diseases like nosocomial infections and pneumonia caused by Staphylococcus aureus,” said Hasan Jafri, EFPIA Lead for the SAATELLITE study, Senior Director, Clinical Research and Development, Infectious Disease & Vaccines, MedImmune. “Novel biologics under investigation such as MEDI4893 may offer a unique opportunity to help prevent these serious infections without inducing antimicrobial resistance.  We believe collaboration with world-renowned experts such as those within COMBACTE is one of the best models to advance development in this area, and supports our commitment to bring novel and effective anti-infectives to patients.”

The fulfillment of a first concrete stage

The first subject was randomized and dosed at a Belgian site less than 10 months after the kick-off of the project and only two weeks after the investigator meeting.  This demonstrates the extraordinary capacity of the COMBACTE Consortium to set up and execute such a complex and challenging trial in a short time period. A lot of effort has gone into keeping the timelines and a lot of work remains to be done, but this first patient represents a major milestone for the programme. It demonstrates clearly how fruitful the collaboration between the academic and the private partners is.

Indeed, to meet this objective, several preliminary steps were fulfilled, from the preparation and the finalization of the study protocol (Q1 2014) to the study tools set-up (Q2 2014) and the first initiation visits (Q3 2014). During this period, academic and private teams have been working side by side, thus proving the efficacy of such a partnership.

COMBACTE is an ambitious project based on a brand new concept stemming from IMI calls for proposals. To date, COMBACTE has a total budget of 243 million Euros to conduct a variety of projects, with a big part of the budget dedicated to the clinical trials.

Since the initiation of the sixth and eighth calls for proposals by IMI in 2012 (ND4BB Topic 1), other topics have joined the European programme ND4BB. The different Consortia cover a wide field in the area of antimicrobial resistance and address the discovery and development of new drugs targeting Gram-negative bacteria (Topic 3 launched in December 2012), the re-investment in R&D and the responsible use of antibiotics (Topic 4, July 2013), the clinical development of antibacterial agents for Gram-negative antibiotic resistant pathogens (Topic 5, July 2013 and Topics 6 & 7, December 2013). Further projects are under development and will start in the coming months.