Researchers have pioneered a technique which uses florescent imaging to track the actions of key enzymes in cancer, genetic disorders and kidney disease. 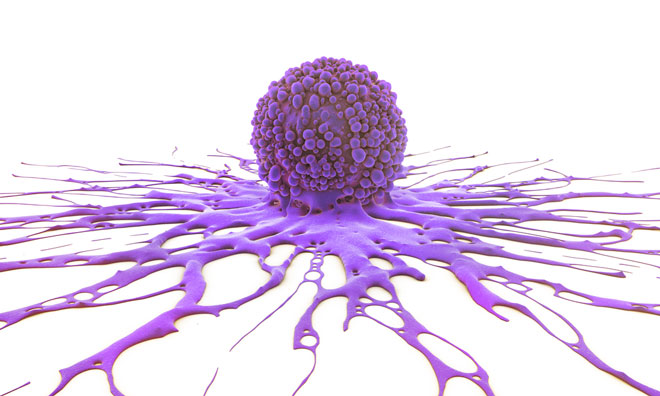 Researchers at the Universities of York and Leiden have pioneered a technique which uses florescent imaging to track the actions of key enzymes in cancer, genetic disorders and kidney disease.

It will also provide diagnostic tools for disease identification and allow medical professionals to measure the effectiveness of drug treatment regimes in an easy laboratory manner.

Heparanase is a long-studied protein in human tissues involved in breaking down the complex sugars of the “extracellular matrix” – the material surrounding cells that provides structure and stability.

Heparanase dysfunction is linked to the spread of cancers both through the breakdown of this matrix and via the subsequent release of “growth factors” – chemicals that promote tumour development.

Through its remodelling of the matrix, heparanase is also a key player in inflammation and kidney disease. It is therefore a major drug, and diagnostic probe, target.

Gideon Davies, Professor of Structural Enzymology and Carbohydrate Chemistry at the University of York, said: “Heparanase is a key human enzyme. Its dysregulation is involved in inherited genetic disorders, and it is also a major anti-cancer target and increasingly implicated in kidney disease.

“Our work allows us to probe the activity of heparanase in human samples – allowing early disease identification and a direct measure of the success of drugs in humans.

“This work is a great example of the power of EU collaboration and science funding from the European Research Council.”

Hermen Overkleeft, Professor of Bio-Organic Synthesis at Leiden University, added: “This work reveals the power of activity-based protein profiling: the probe described here at once enables screening for heparanase inhibitors from large compound collections and is a lead compound for drug development in its own right.

“While the road to heparanase-targeting clinical drugs is long and fraught with risks, with this work we believe to have taken a major step in realising the therapeutic potential of this promising clinical target.”