For many bowel cancer patients, following the initial shock of their diagnosis, thoughts quickly turn to estimating how much time they have to live… 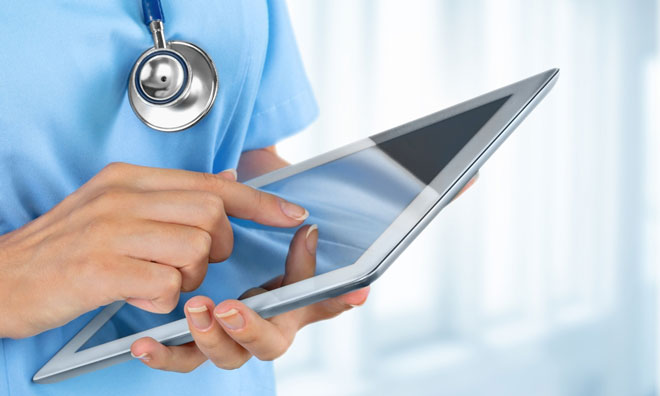 While current methods of estimating mortality can be crude, patients with bowel cancer could soon more accurately predict their chances of survival, thanks to a new web calculator ‘QCancer Colorectal Survival’ developed by academics at the University of Nottingham and medical software company ClinRisk Ltd.

The new tool, which can be accessed by doctors and patients alike, is intended to help people make more informed decisions around treatment and manage expectations following diagnosis.

Research to test the accuracy of the new calculator, published in the British Medical Journal (BMJ), has shown that the tool can reliably predict both absolute survival rates for men and women with colorectal cancer.

The calculator also allows patients to update their mortality risk based on how long they have survived following a diagnosis of cancer.

The tool was developed by Professors Julia Hippisley-Cox and Carol Coupland in the University’s School of Medicine using the QResearch database, which gathers patient data from approximately 1500 general practices across England through the Egton Medical Information Systems (EMIS) clinical computer system.

Professor Hippisley-Cox said: “Current methods of estimating survival tend to be unreliable and sometimes patients can be given a fairly misleading and unnecessarily gloomy prognosis based only on the grade and stage of their cancer, only to find that in reality they live much longer than these crude predictions when other information is taken into account.

“The good news is that this new calculator which doctors and patients can access will offer a far more realistic estimate. We understand that not everyone will want to do this, of course, but some patients are very keen on this approach so it’s an individual choice.”

Current methods of predicting survival are based on simple averages based only on age or the grade and stage of the cancer in the wider population.

The new tool looks at a range of additional risk factors including the patient’s, smoking history, body mass index, family history, other illnesses and treatments such as aspirin or statins as well as other information including whether they have had surgery or treatments such as chemotherapy to deliver a far more personalised prognosis.

The team used information from more than 44,000 patients from 947 practices to develop separate equations for men and women aged between 15 and 99 years old when diagnosed with bowel cancer.

The results indicated that the team has devised strong models for the prediction of cancer survival outcomes.

They were also able to provide conditional survival estimates which show how mortality risks change over time, which are particularly important among patients where the initial prognosis is poor due to late stage disease.

The team will adapt the new web calculator to predict prognosis in other types of cancers in the future.

QResearch is a large consolidated database of anonymised health records of more than 24 million patients developed by a not-for-profit partnership between the University of Nottingham and EMIS Health PLC — the UK leader in clinical IT systems for joined-up patient care.