A study led has found that the model for the spread of carcinoma – from the primary tumour, to nearby lymph nodes, to other organs – may not apply in all cases. 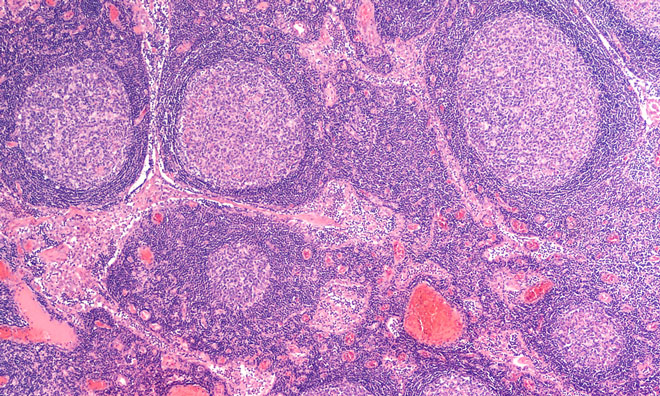 A study led by Massachusetts General Hospital (MGH) investigators has found that the traditional model for the spread of carcinoma, the deadliest form of cancer – from the primary tumour, to nearby lymph nodes, to other organs – may not apply in all cases.

In their report, the researchers describe finding that, for the majority of colorectal cancer patients in the study, “distant” metastases originated directly from the primary tumour, independent of any lymph node metastases.

“Our results provide the first evidence in humans that the century-old ‘lymph node metastases are precursors of distant metastases’ model does not apply to all or even most colorectal cancers,” says lead and corresponding author Kamila Naxerova, PhD, of the Edwin L. Steele Laboratories for Tumour Biology in the MGH Department of Radiation Oncology.

“These findings fill an important gap in our knowledge of metastatic disease evolution and have the potential to guide improvements in the clinical management of lymph node metastases.”

The current study is a follow-up to a 2014 report in which Naxerova and her colleagues described a simple assay that could reveal evolutionary relationships between tumours at various sites in a patient’s body. Based on analysis of small, mutation-prone segments of the genome called polyguanine (poly-G) repeats, that study found that relationships between primary and metastatic tumours were different in each case – for example, in some patients metastatic spread occurred early and in others late in tumour development. The assay was also able to identify specific areas within a primary tumour that had been the source of specific metastases, based on their genetic profiles.

To better understand relationships between primary tumours and the two types of metastases, the researchers used poly-G typing to analyse more than 200 tissue samples of primary tumours, lymph node metastases and distant metastases from 17 patients with colorectal cancer.

Naxerova says, “We now suspect that lymph node metastases simply indicate the presence of an aggressive primary tumour, rather than being directly responsible for the formation of distant metastases. Now we need to investigate whether clinical outcomes for patients whose lymphatic and distant metastases have common origins are different from those of patients whose metastases have distinct evolutionary origins. If there is a difference, our assay might be a useful prognostic test in the future.”

Naxerova is a Research Fellow at the Edwin L. Steele Laboratories and at the Division of Genetics at Brigham and Women’s Hospital and Harvard Medical School.

“Lymph nodes are usually considered as contributors to distant metastases. Yet multiple retrospective and prospective studies have shown that complete dissection of lymph nodes does not confer survival advantage in a number of malignancies. Our study provides the first direct genetic evidence towards resolving this enigma.”