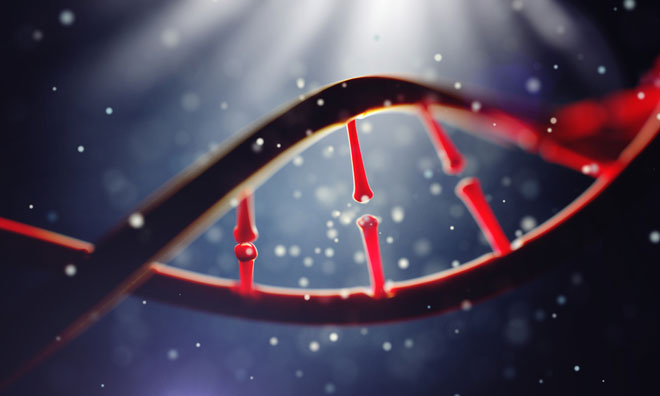 A new study conducted by an international team of lung cancer researchers, including Professor John Field from the University of Liverpool, have identified new genetic variants for lung cancer risk.

Lung cancer continues to be the leading cause of cancer mortality worldwide. Although tobacco smoking is the main risk factor, variations in a persons genetic makeup has been estimated to be responsible for approximately 12% of cases. However, the exact details of these variations have been previously unknown.

Genotyping is the process of determining differences in the genetic make-up (genotype) of an individual by examining the individual’s DNA sequence.

Largest study of this type

By gathering genotype data from different studies around the world, through the use of a special research platform called OncoArray, researchers were able to increase the sample size for this study making it the largest one of its type in the world. The Liverpool Lung Project, funded by the Roy Castle Foundation, has made a major contribution to this international project.

During the study, more than 29,200 lung cancer cases and more than 56,000 samples taken from people without lung cancer (controls) were examined. Researchers identified 18 genetic variations that could make people more susceptible to lung cancer and also 10 new gene variations.

Professor John Field, Clinical Professor of Molecular Oncology and the Chief Investigator of the UK Lung Cancer Screening Trial, said: “This study has identified several new variants for lung cancer risk that will translate into improved understanding of the mechanisms involved in lung cancer risk.

“Samples taken from the major Liverpool Lung Project, funded by the Roy Castle Foundation, was conducted by experts at the University of Liverpool, were used in this study.

“These results will help us to further improve the way we can screen for lung cancer in high risk individuals in the UK. Further studies will help in the targeting of specific genes to influencing lung cancer risk, smoking behaviour and smoking effects on brain biology.”

The co-lead of the study was Christopher Amos, Chair and Professor of Biomedical Data Science, Professor of Community and Family Medicine, and Professor of Molecular and Systems Biology at Dartmouth’s Geisel School of Medicine, and interim Director and Associate Director for Population Sciences at Dartmouth’s Norris Cotton Cancer Centre. Of the study he said: “What is particularly exciting is the magnitude of the study along with the new findings of genes influencing lung cancer which have not previously been reported.