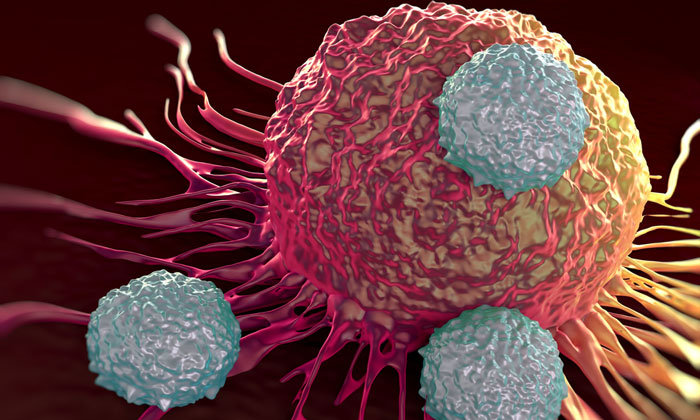 Researchers at the Centro Nacional de Investigaciones Cardiovasculares Carlos III (F.S.P.) have investigated how different sub-types of essential immune-response cells called CD8+ T lymphocytes cooperate to mount a stronger anti-tumour response. The results show that generation of an optimal immune response to cancer requires cooperation between two types of memory T cell – one circulating in the blood and the other resident in tissues – that can be reactivated with current immunotherapy strategies. These results have the potential to improve current cancer immunotherapy strategies, especially in relation to the prevention of metastasis (dissemination of the tumour to organs distant from the site of origin).

Immunotherapy, the use of the immune system to fight cancer, is revolutionising treatment of this disease, and as the major scientific advance of 2013. According to study leader David Sancho, “Cancer escapes the control of the immune system because the cytotoxic T lymphocytes that could recognise and eliminate tumour cells are inhibited.

Current immunotherapy is based the reactivation of these T lymphocytes; however, little is known about how they can be generated more effectively, and how immune memory can be triggered to prevent the development of tumours and metastasis.”

The CNIC research team generated cytotoxic memory T cells specifically targeting cancer by using different methods for vaccination with tumour antigens. Depending on the vaccination method, the memory T lymphocytes obtained circulate between the blood and tissues or reside in the tissues and do not recirculate. Tissue-resident memory T cells were known to be more efficient at fighting viral reinfection, but their contribution to anti-tumour immunity was unknown until now.

Another cancer immunotherapy approach already used in patients is the adoptive transfer of tumour-targeting T cells. The authors demonstrate that transferred circulating memory T cells are able to convert themselves into resident memory cells in the context of infection and cancer. Moreover, the efficiency of immunotherapy was further increased by combining this adoptive transfer with the current clinical strategy of reactivating the T cell antitumor response with antibodies to the receptor PD-1. The authors also found that reactivation of the anti-tumour response in cytotoxic memory T cells requires the DC1 subtype of dendritic cells.

The study suggests that an optimal anti-tumour immune response requires the generation of both circulating and tissue-resident T cell memory. Both memory T cells subtypes can be reactivated with current immunotherapy treatments, and reactivation of both requires DC1 dendritic cells. Cancer immunotherapy is not simply a treatment that can effectively promote the rejection of primary tumours; above all, it is a fundamental tool for impeding metastasis after surgery to remove the primary tumour.