Blood tumour markers warn against the progression of lung cancer

Cancers can secrete complex molecules into the blood, researchers have now begun to further define their potential… 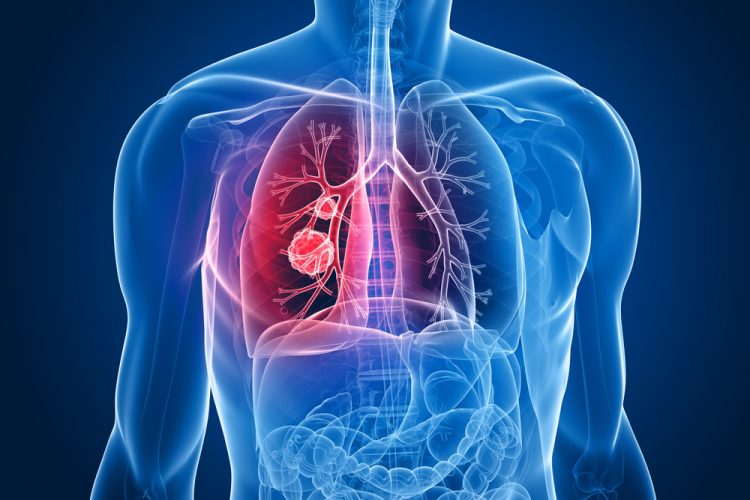 For many years, oncologists have known that cancers can secrete complex molecules into the blood and that levels of these molecules can be easily measured. These tumour markers are traditionally associated with a single dominant cancer type. However, the real challenge has been to determine a practical use for these markers.

Researchers have begun to further define the potential of these markers by looking in a type of cancer not normally associated with them – non-small cell lung cancer (NSCLC).

The study suggests that rather than screening for disease, these tumour markers could be useful in monitoring therapeutic outcomes in those with already established disease.

“If you ask some oncologists they might say that there’s no point checking these markers in lung cancer as it doesn’t express them,” says Dr D. Ross Camidge, Joyce Zeff Chair in Lung Cancer Research at the University of Colorado Cancer Center and director of Thoracic Oncology at the CU School of Medicine.

However, when Dr Camidge and colleagues examined levels of four markers classically associated with other cancers, namely CEA, CA125, CA19.9 and CA27.29, they found that if all four were checked, at least one of them was elevated in 95 percent of advanced non-small cell lung cancers (NSCLCs).

Some cases expressed only one marker; others expressed multiple markers together.

In recent years, dramatic anti-cancer responses have become possible for some patients with advanced NSCLC with targeted therapies used against specific mutations.

By focusing on some of the most prominent examples of ‘oncogene-addicted’ NSCLC – notably, cases of advanced EGFR, ALK or ROS1 positive NSCLC treated with the appropriate EGFR, ALK or ROS1 targeted therapy – the Colorado group was able to study the potential for these blood tumour markers to reflect both initial therapeutic outcomes and the later development of treatment resistance.

In 126 patients with stage IV oncogene-addicted lung cancer, tumour markers were captured before and after the initiation of treatment.

Among patients on targeted treatment expected to have a high response rate, 59 percent of patients had an initial increase in their marker levels during the first four weeks of therapy, with the elevated levels later falling below baseline values in 58 percent of cases.

“These data mean that you shouldn’t worry about marker elevations in the first few weeks of targeted therapy in the absence of other evidence, such as worsening symptoms, as most of the time things settle down. Perhaps tumour markers shouldn’t even be checked during this early time period at all,” said Dr Camidge.

While the tumour markers may not be very useful for predicting initial success or failure, once a patient is benefiting from a targeted treatment, increases in tumour markers from their lowest point may provide useful information about the development of resistance. When a patient’s cancer was progressing in the body, a 10 percent or greater rise in the blood tumour markers occurred in 53 percent of patients. However, if the progression was limited to the brain, the tumour markers went up in only 22 percent of cases.

“Clearly, these markers are not a substitute for routine surveillance scans looking for progression, especially in the brain,” said Dr Camidge. “However, this is where the art of medicine may have to be appreciated. If the markers are going up but a CT scan says everything is still fine, maybe these data should nudge you to do a more detailed scan – like a PET/CT scan. Or if the best body scans are all stable, perhaps a rise in tumour markers should nudge you to do a brain scan looking harder for a hidden site of progression.”

Despite patients in this retrospective study having undergone multiple different types of scans and blood draws at many different frequencies, the data still show that rises in tumour markers on therapy could occur well in advance of radiographic changes of progression (up to 84 days).

Although Dr Camidge said a prospective, randomised trial is needed to fully validate the potential of these markers to act as an early warning system, the real question may turn out to be whether finding progression several months earlier matters.

“If adapting your treatment plan earlier versus later in progression doesn’t impact outcomes, an early warning system could just give everyone more time to stress about things,” he says. However, particularly for oncogene-addicted lung cancer, in which national guidelines now support using strategies such as targeted radiation to control small pockets of treatment-resistant disease, Dr Camidge is optimistic that an early warning system for progression could be very useful.

“An ‘oligoprogressive’ state gives us therapeutic options that we wouldn’t have if the progression was more widespread,” he says. “Developing means to catch this earlier ‘stage’ of progression in more people should definitely be explored further.”