Metabolism can be used to subtype hepatoblastoma 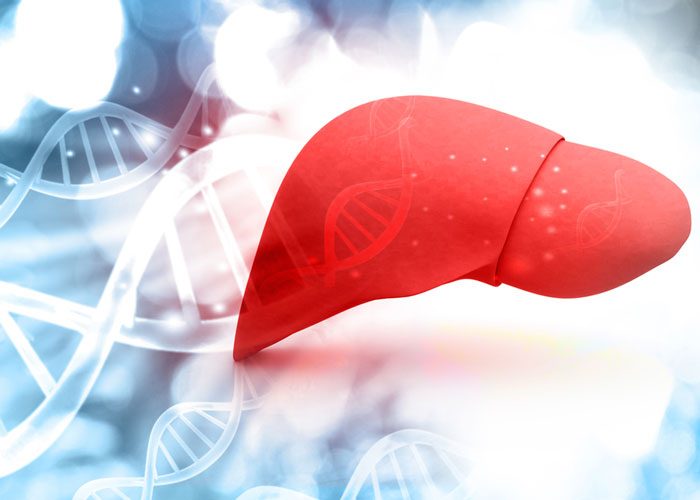 Looking at cell metabolism instead of histology, scientists have identified new biomarkers that could help more accurately classify the two main subtypes of hepatoblastoma.

Histological methods are used to distinguish between the different subtypes of hepatoblastoma. Scientists at Ecole Polytechnique Federale de Lausanne (EPFL) have now found metabolic differences between hepatoblastoma subtypes and identified several biomarkers that can help obtain more accurate subtyping of the disease.

There are many subtypes of hepatoblastoma, the two major ones being foetal and embryonal. Clinically, pure foetal cases have the best prognosis. The way oncologists distinguish between the different subtypes is by staining biopsies and observing the tumour architecture. However, this is not satisfactory.

“When we compare tumours on the microscope, we know almost nothing about their differences,” says Lead Author Professor Etienne Meylan. “It’s a little like comparing cars: only when we look inside at the engine we begin to understand what makes them so fundamentally different to each other. Our study shows that different types of hepatoblastoma use different nutrients, or fuels, to grow. Some use glucose, others might rely on fatty acids. In the era of personalised medicine, this is important, as we want to be sure we block the right fuel for the right tumour.”

Prof Meylan’s lab built on the genetics of hepatoblastoma, which involves frequent mutations in the gene CTNNB1. This gene produces the protein beta-catenin, which is involved in cell-cell adhesion and gene transcription. Because of its dual function, mutations of the CTNNB1 gene can have diverse and far-reaching consequences, including in cancers like hepatoblastoma. Beta-catenin is a component of a signalling pathway called Wnt/beta-catenin, which is responsible for regulating the expression of multiple genes. What is of interest is that many components of the Wnt/beta-catenin pathway are affected and overactive in various tumours.

Something that is becoming increasingly significant in oncology is that different types of cancers show characteristic metabolic profiles, e.g. in the way they produce, store, and use glucose, glutamine, fatty acids etc. Based on this, the EPFL researchers looked at the relationship of the CTNNB1 gene and the cell’s metabolism.

The researchers first showed that beta-catenin, as part of the Wnt signalling pathway directly regulates the expression of a gene that produces a glucose transporter protein (GLUT3).

Finally, the scientists found that embryonal hepatoblastoma cells show high levels of glucose uptake. In addition, they also found that these cells are very sensitive to the perturbation of an enzyme involved in the cell’s use of glucose, which might hint to a metabolically driven therapy in the future.

Working off their discoveries, the researchers used immunohistochemistry of three metabolic biomarkers to better distinguish embryonal from foetal components out of a large panel of human hepatoblastoma biopsies, collected from French and Swiss university hospitals.

The study shows that the Wnt/beta-catenin pathway is crucial for reprogramming the energy management of tumour cells. It also provides a new, metabolic classification of human hepatoblastoma that can help oncologists develop novel diagnostic methods and even treatments.

“This paper is a milestone of up-most importance for our children with hepatoblastoma,” says Professor Barbara Wildhaber, Surgical Director of the Swiss Reference Centre for Liver Diseases in Children (Hospital University of Geneva), who was not involved in the study. “As a further step towards personalised medicine, these discovered biomarkers allow for individual characterization of the children’ liver tumour, helping us in risk stratification, and eventually allowing for an adjusted, personalized treatment.”

The work has been published in EMBO Molecular Medicine.