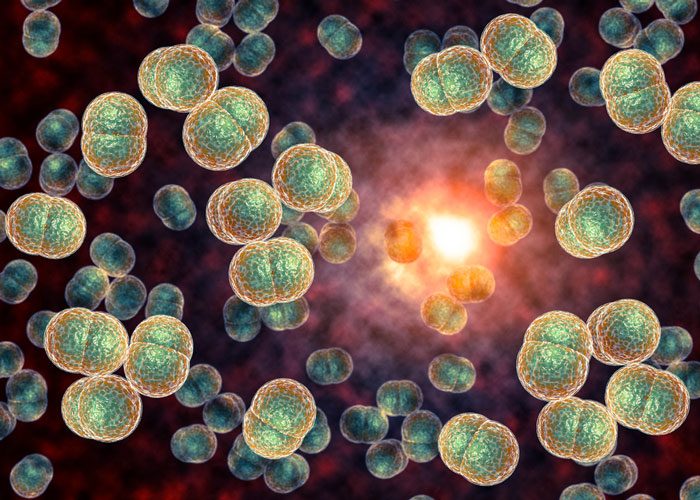 Bacteria are good at mutating to become resistant to antibiotics. As one way to combat the problem of antimicrobial resistance, the Centers for Disease Control and Prevention (CDC) has called for the development of novel diagnostics to detect and help manage the treatment of infectious diseases.

“We really lack tools in the clinic to be able to visualise bacterial infections,” explains Dr Sanjiv Sam Gambhir, chair of the Radiology Department and director of Precision Health and Integrated Diagnostics at Stanford University in California. “What we need is something that bacteria eat that your cells, so-called mammalian cells, do not.

As it turns out, there is such an agent, and that agent is maltose, which is taken up only by bacteria because they have a transporter, called a maltodextrine transporter, on their cell wall that is able to take up maltose and small derivatives of maltose.”

The agent is a derivative of maltose and is labelled with radioactive fluorine-18 (18F). For this study, the tracer was evaluated in several clinically relevant bacterial strains in cultures and in mouse models using a micro-PET/CT scanner. Its use to help monitor antibiotic therapies was also evaluated in rats.

For this study, the tracer was evaluated in several clinically relevant bacterial strains in cultures and in mouse models using a micro-PET/CT scanner. Its use to help monitor antibiotic therapies was also evaluated in rats.

The results show that 6″-18F-fluoromaltotriose was taken up in both gram-positive and gram-negative bacterial strains, and it was able to detect Pseudomonas aeruginosa in a clinically relevant mouse model of wound infection.

Dr Gambhir points out, “This is the first time this particular maltotriose, labelled with fluorine-18, has been synthesised and used in animal models. It’s able to pick up bacteria that may be present anywhere throughout your body, and it does not lead to an imaging signal from a site of infection that does not involve bacteria.”

He notes that the new agent even identified an infection in the heart of an animal. “We could pick up very small bacterial foci in a heart valve. And then when those animals were treated with an antibiotic, we could see that the signal went away in the heart. So, the properties of the tracer of sensitivity, specificity, low background signal throughout the animal are now facilitating its translation into humans.”

The results of this pre-clinical study demonstrate that 6″-18F-fluoromaltotriose is a promising new tracer for diagnosing most bacterial infections and has the potential to change the clinical management of patients suffering from infectious diseases of bacterial origin.

Looking ahead, Dr Gambhir has said, “The hope is that in the future when someone has a potential infection, this approach of injecting the patient with fluoromaltotriose and imaging them in a PET scanner will allow localisation of the signal and, therefore, the bacteria. And then, as one treats them, one can verify that the treatment is actually working – so that if it’s not working, one can quickly change to a different treatment (for example, a different antibiotic). These kinds of findings are very important for patients, because they will very likely lead to entirely new ways to manage patients with bacterial infections, no matter where those infections might be hiding in the body.”

The study is featured in The Journal of Nuclear Medicine.