Sperm RNA may serve as biomarkers of future health

Human sperm may hold the potential to serve as biomarkers of the future health of newborn infants, according to a new study. 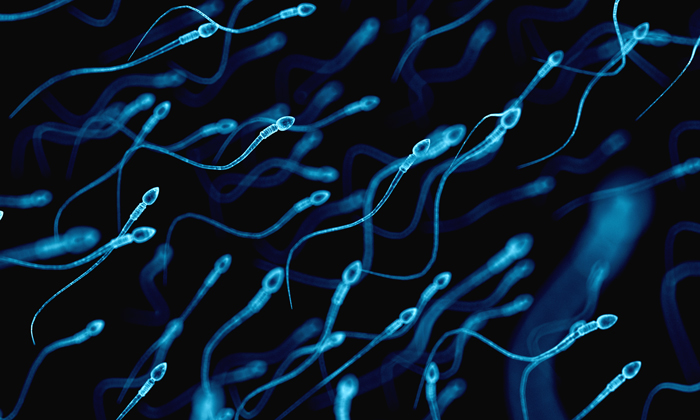 The study indicates that RNA found in male sperm not only shows promise as a determinant in successful live birth, it may also tell us more about the health of a child as it matures.

The study, “Sperm RNA elements as markers of health,” from the lab of Stephen A. Krawetz, Ph.D., and Charlotte B. Failing, Professor of Fetal Therapy and Diagnosis in the Wayne State Department of Obstetrics and Gynecology and Center for Molecular Medicine and Genetics, was published in the journal Systems Biology in Reproductive Medicine.

“We explored the opportunity of using sperm RNA elements as a predictor of human health, with applications at the fertility clinic that would go hand-in-hand with the new neonatal intensive care unit genome sequencing to better health outcomes,” said Dr. Krawetz, associate director of the C.S. Mott Center for Human Growth and Development.

“This leaves the intriguing possibility that, while sperm RNAs delivered to the egg inform the success of live birth, they may also open a pathway to understanding the birth and potential health of each child.”

At fertilisation, sperm delivers a structurally distinct genome, along with a complement of ribonucleic acids, or RNAs, and proteins to the immature egg cell. To test the hypothesis, sperm RNA elements corresponding to specific genes were characterised as a function of disease association. Dr. Krawetz’s team surveyed a total of 278,605 sperm RNA elements called short exon-sized sequences, or SREs, associated with diseases. This functional association of SREs may indicate a future phenotype, providing improved understanding of the father’s contribution to the life course of the child as well as the current state of paternal health.

In the future, if those SREs that are mutated or modified can be identified, researchers and physicians may be able to not only forecast disease or conditions, but develop ways to prevent them.