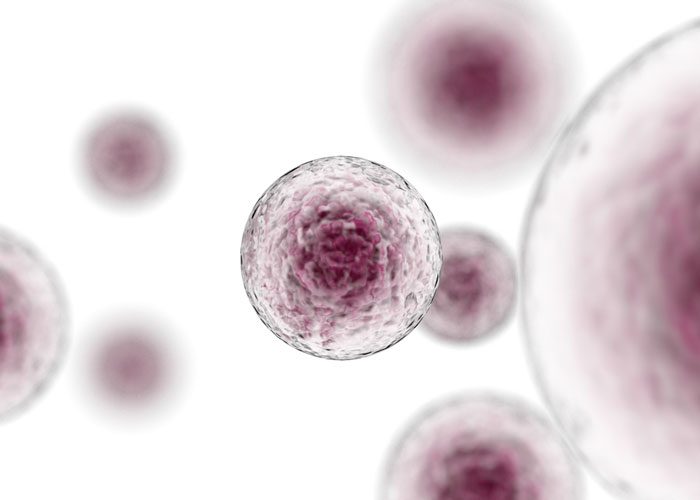 Researchers have coaxed human stem cells to become sensory interneurons — the cells that give us our sense of touch. The new protocol could be a step toward stem cell-based therapies to restore sensation in paralysed people who have lost feeling in parts of their body.

Sensory interneurons, a class of neurons in the spinal cord, are responsible for relaying information from throughout the body to the central nervous system, which enables the sense of touch. The lack of a sense of touch greatly affects people who are paralysed. For example, they often cannot feel the touch of another person, and the inability to feel pain leaves them susceptible to burns from inadvertent contact with a hot surface.

“The field has for a long time focused on making people walk again,” said Samantha Butler, a UCLA Associate Professor of Neurobiology and member of the Broad Stem Cell Research Center, the study’s senior author. “‘Making people feel again doesn’t have quite the same ring. But to walk, you need to be able to feel and to sense your body in space; the two processes really go hand in glove.”

In a separate study, Dr Butler and her colleagues discovered how signals from a family of proteins called bone morphogenetic proteins, or BMPs, influence the development of sensory interneurons in chicken embryos.

The researchers found the identical mixture of sensory interneurons developed when they added the same signalling molecules to induced pluripotent stem cells, which are produced by reprogramming a patient’s own mature cells such as skin cells. This reprogramming method creates stem cells that can create any cell type while also maintaining the genetic code of the person they originated from. The ability to create sensory interneurons with a patient’s own reprogrammed cells holds significant potential for the creation of a cell-based treatment that restores the sense of touch without immune suppression.

Dr Butler hopes to be able to create one type of interneuron at a time, which would make it easier to define the separate roles of each cell type and allow scientists to start the process of using these cells in clinical applications for people who are paralysed. However, her research group has not yet identified how to make stem cells yield entirely dI1 or entirely dI3 cells — perhaps because another signalling pathway is involved, she said.

The researchers also have yet to determine the specific recipe of growth factors that would coax stem cells to create other types of sensory interneurons.

The group is currently implanting the new dI1 and dI3 sensory interneurons into the spinal cords of mice to understand whether the cells integrate into the nervous system and become fully functional. This is a critical step toward defining the clinical potential of the cells.

“This is a long path,” Dr Butler said. “We haven’t solved how to restore touch but we’ve made a major first step by working out some of these protocols to create sensory interneurons.”

The study has been published in the journal Stem Cell Reports.