Researchers in Spain have developed a method of gene therapy that cures pulmonary fibrosis in mice by lengthening telomeres – the protective protein sections at the end of chromosomes. 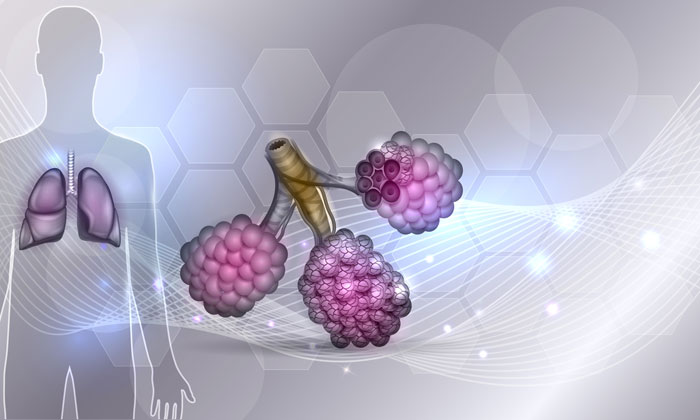 Idiopathic pulmonary fibrosis is a potentially lethal disease associated with the presence of critically short telomeres, that currently lacks effective treatment. The Telomere and Telomerase Group at the Spanish National Cancer Research Centre (CNIO) has succeeded in curing this disease using a mouse model by means of gene therapy that lengthens the telomeres. This work constitutes a “proof of concept that telomerase activation represents an effective treatment against pulmonary fibrosis,” say the authors of the published research.

Given that telomere shortening is also an indicator of organism ageing, Maria A. Blasco, lead author of the paper, points out that “this is the first time that pulmonary fibrosis has been treated as an age-related disease, looking for rejuvenating the affected tissues”.

“The most relevant aspect of our work is that it suggests a potentially viable and effective solution to a real clinical problem – pulmonary fibrosis – for which there is still no treatment,” says Paula Martínez, co-first author of the paper. “The only approved treatments for pulmonary fibrosis to-date have no curative effects, as they target a symptom and not the cause of fibrosis. Our therapy is based on correcting the molecular cause of pulmonary fibrosis in patients with short telomeres, introducing into the cells of damaged lung tissue the only enzyme capable of lengthening telomeres; telomerase.”

Telomeres are protein structures located at the ends of each chromosome; acting like caps that protect the integrity of the chromosome when the cell divides. However, telomeres only fulfill this function if they are long enough. When they shorten too much (which happens with age upon numerous cell divisions) the damaged cells cease to divide, thus preventing tissue regeneration. Short telomeres are associated with with several diseases – pulmonary fibrosis, which affects approximately 8,000 people in Spain, being one of them.

In lung fibrosis, the lung tissue develops scars that cause a progressive loss of respiratory capacity. Environmental toxins play a large role in its onset, but accepted knowledge is that there must also be telomeric damage for the disease to appear. Patients with pulmonary fibrosis have short telomeres regardless of whether the disease is hereditary or not. The most likely explanation is that when the telomeres become too short, the damaged cell activates a ‘repair programme’ that induces the scar formation that leads to fibrosis.

The CNIO Telomere and Telomerase Group, led by Blasco, decided to address the problem about five years ago, starting with the development of an animal model that faithfully reproduces the human disease. The most widely used model until then was to apply bleomycin into the mouse lungs to induce damage, in an attempt to reproduce the environmental insult. However, in these animals the disease goes into remission in a few weeks and there is not telomere shortening.

The CNIO researchers sought a mouse model in which the environmental damage produced the effect of telomere shortening – as happens in human pulmonary fibrosis. They achieved this in 2015, at which time they indicated their next goal in their research work: “This is an essential model to test therapeutic strategies based on the activation of telomerase [the enzyme that repairs the telomeres]”, they stated.

From mice to men

Their published research shows that activating the telomerase enzyme to lengthen the telomeres in lung tissue may constitute an effective therapeutic strategy to treat human pulmonary fibrosis. It has proven so in mice: A mere three weeks after treatment, the sick animals “showed improved lung function and less inflammation and fibrosis” say the authors; and two months after treatment the fibrosis had “improved or disappeared”.