Researchers in America have demonstrated the feasibility of their ‘placenta-on-a-chip’ platform in studying how drugs are transported across the human placental barrier. 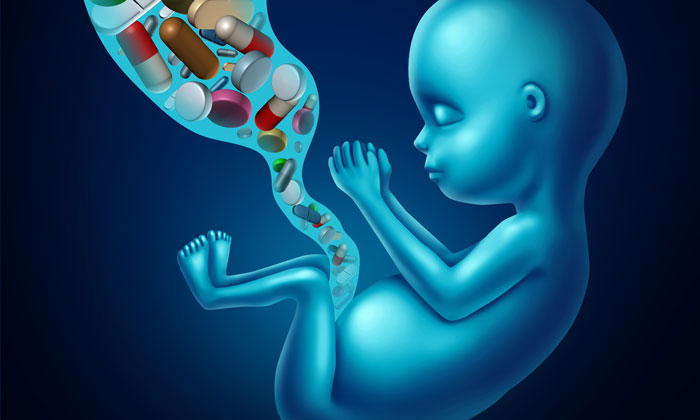 Some maternally-administered medications can enter the foetal bloodstream, but how the placenta determines which molecules get through is still poorly understood. This is due to the fact that current means of testing this process are limited. Animal models don’t capture important details of human physiology, most in vivo research can’t be ethically performed, and placentas donated after birth are only viable for a few hours, making it difficult to properly conduct complicated transport experiments.

A small number of drugs have been tested via this ‘ex vivo placental perfusion’ method, however, and by comparing the results of such experiments with those conducted on their placenta-on-a-chip, the Penn team demonstrated their benchtop system could be an effective stand-in for a living organ in such research.

In a recent study led by Dan Huh, Wilf Family Term Assistant Professor in Bioengineering in Penn’s School of Engineering and Applied Science, and Cassidy Blundell, a graduate student in his lab, tests were performed to gauge the effectiveness of their ‘placenta-on-a-chip’ technology.

Mouse models show how Zika migrates into the placenta…

The Penn team’s placenta-on-a-chip is a small block of silicone that houses two microfluidic channels separated by a porous membrane. The researchers grow human trophoblast cells on one side of the membrane and endothelial cells on the other. The layers of those two cell types mimic the placental barrier, which determines what passes from the maternal to the foetal circulatory systems.

By adding different molecules to the blood-like fluid flowing through the ‘maternal’ microfluidic channel, researchers can measure the rate at which they transfer to the ‘foetal’ channel and how much they accumulate in the barrier itself.

The ability to test this process on human placentas is in high demand. Pregnant women are excluded from clinical drug trials, and animal models have severe limitations. Those limitations were tragically demonstrated in the case of thalidomide, where a morning sickness drug able to transport across the human placental barrier led to tens of thousands of birth defects and deaths in the late 1950s.

Current state-of-the-art transport experiments are conducted on donated human placental tissue, but hooking the living organ up to the testing apparatus is extremely difficult.

Commenting on the drawbacks of using real organs for experimentation, Huh said: “Ex vivo placental perfusion is a great method, but it has a pretty high failure rate, and the experimental set-up is complicated: it’s prone to leaks and needs a high level of expertise.

Most pharmaceutical companies are not going to be able to test their drugs using this method.”

To validate their placenta-on-a-chip as a viable testing platform, Huh and his colleagues compared the transport of two drugs that have been studied via ex vivo placental perfusion: heparin, an anticoagulant, and glyburide, used in the treatment of gestational diabetes.

Heparin is understood to be too large a molecule to pass through the placental barrier, and the team’s placenta-on-a-chip also bore out that result. Glyburide is also considered safe to use during pregnancy, but for a different reason – that of specialised efflux transporters expressed by the placental tissue that prevent maternally administered drug molecules from reaching the foetus. The placenta-on-a-chip was able to emulate this protective mechanism.

“We’re getting close,” Huh said. “This study has given us confidence that the placenta-on-a-chip has tremendous potential as a screening platform to assess and predict drug transport in the human placenta.”

Further research and validation studies will be necessary before the placenta-on-a-chip sufficiently replicates its in vivo counterpart for the purposes of clinical testing.

Highlighting an area that requires improvement, Blundell said: “The fluorescent marker we use changes the size and shape of the drug, which has an effect on transport. Going forward, we’ll be working with our pharmacologist collaborator, Lauren Aleksunes, and her lab to simulate more realistic situations.”

Beyond pharmaceuticals, the Penn team’s placenta-on-a-chip would be useful for better understanding the health impacts of a variety of things that could potentially cross into the foetal bloodstream. “We’d like to use this system to test things beyond drugs, such herbal supplements, vitamins, and a whole host of things that women might take over the course of pregnancy,” Blundell said.