A team of investigators has found that the mcr-1 drug resistance gene, which encodes resistance to a drug that is used as a last resort, has been found for the first time in Shigella flexneri. 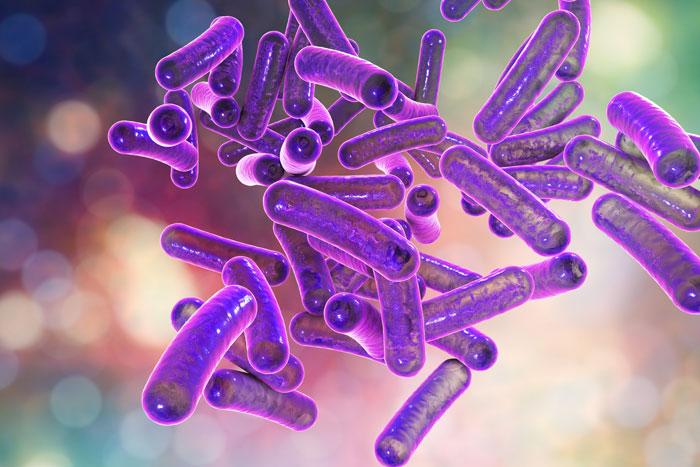 Shigella are one of the leading causes of diarrhea worldwide. In the study, the investigators screened more than 2,000 Shigella isolates for the mcr-1 gene. (Isolates are bacteria from samples which in this case were taken from animal feces on a farm, from patients, and from the environment). Just one isolate tested positive.

That may sound scarce; however, “…as only a small number of strains (<10%) were isolated from farm and urban environments, we were surprised to find one with mcr-1 on a transferable plasmid, which is a relatively high frequency of detection compared to the clinical strains,” the researchers wrote. (Plasmids are independent, mobile genetic elements that can be transmitted from one bacterium to another–sometimes across species, bestowing the traits they carry upon a new bacterial host–in this case, resistance to the last resort drug, colistin.)

“Isolation of plasmid-mediated colistin resistance in S. flexneri from animal feces on a farm suggests that it is circulating via the fecal-oral route at least amongst animals on that farm, and possibly further afield via the food distribution network,” according to the report. “In addition, it suggests that farm environments may be an unrecognised reservoir of S. flexneri.”

Through a technique called ‘filter mating’, the investigators found that the plasmid was capable of jumping from S. flexneri to a strain of Escherichia coli. (It can likely also jump to other Shigella species, and to other genera of bacteria.)

The original host strain was also multidrug resistant, and that multidrug resistance was also transferable, according to the report. “This is concerning, as S. flexneri is the main cause of Shigella infections in low and middle income countries,” said co-author Adam P. Roberts, Senior Lecturer, Antimicrobial Chemotherapy and Resistance, the Liverpool School of Tropical Medicine.

In order to try and control antimicrobial resistance, we need to understand the epidemiology of the resistance genes and how they move around, said Dr. Roberts. “This work is part of that overall effort. Now that we know mcr-1 is functional and can transfer in Shigella we can monitor this situation to see if Shigella is responsible for transfer of this gene to other species.”

Citing intensive use of colistin in Chinese agriculture to boost growth of farm animals, the investigators wrote that “the selective pressures are high enough to suggest that a large proportion of drug resistance emerged from the agriculture sector. This use has allowed for the selection, transfer, and maintenance of plasmid mediated colistin resistance into clinical strains of E. coli, [Klebsiella] pneumoniae, and Salmonella spp. and rarely into other Enterobacteriaceae.”

The researchers also noted that in their filter mating experiments, a host of additional mobile elements, containing multidrug resistance among much else, also transferred among microbes, suggesting, they wrote, that “other plasmids conferring multi-drug resistance phenotypes can be acquired from the S. flexneri strain.” On this basis, they concluded that “…surveillance of mcr-1 in both environmental and clinical isolates would be advised.”

The research is published March 2nd in Applied and Environmental Microbiology, a journal of the American Society for Microbiology.

Mitochondria repair in mice may provide answers on Parkinson’s disease

Application note: Metagenomic analysis of the microbiome with MagMAX