A research team has developed a new RNA therapy, delivered through the nose, to treat mice infected with West Nile Virus… 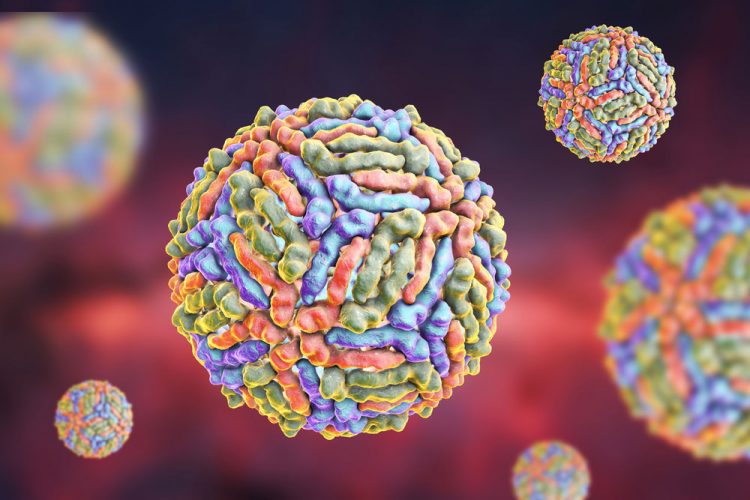 A research team has developed a new RNA therapy, delivered through the nose, to treat mice infected with West Nile Virus. The innovative approach reduced the virus in the brain, allowing the immune system to destroy the virus and develop long-term protection against West Nile Virus disease, the researchers said.

The findings may represent a breakthrough strategy for treating West Nile Virus after virus invasion of the brain and the central nervous system, noted senior author Dr Priti Kumar, Associate Professor of infectious disease at Yale School of Medicine.

There are no approved vaccines or effective therapies for West Nile Virus disease, a mosquito-borne condition. While many infected individuals have no symptoms, others — particularly the very young and older adults — can develop severe neurological problems and even die from the disease. The sporadic nature of the disease makes it exceedingly difficult for testing and implementing vaccines, said Dr Kumar.

To investigate a possible new therapy to treat West Nile Virus disease, Dr Kumar and her colleagues focused on a small “interfering” RNA molecule developed in her lab. The RNA acts against multiple mosquito-borne flaviviruses. To direct the RNA to infected cells, they packaged it in a peptide derived from the rabies virus, which is able to enter nerve cells. The final step was to the deliver the therapy through the nose where it could bypass natural barriers protecting the brain.

With this novel approach, the researchers found that the therapy reduced the virus in the brain, preventing harm to nerve cells. The treated mice had a 90% survival rate a few days after infection compared to mice treated with placebo. Significantly, noted the researchers, in the surviving mice, the immune system cleared the virus throughout the body, and also enabled long-term protection against future exposure.

The researchers concluded that the treatment offers both a promising late-stage therapy and lifelong immunity. It “prevents pathology in the brain and gives the mice a chance to develop a robust immune response,” said Dr Kumar.

While the anatomy of the murine nose differs from that of humans, the researchers plan to study the therapy further with the hope it will be broadly applicable. “In translation, it should be an effective strategy for people,” she said.

If that is the case, the intranasal RNA therapy could theoretically be developed for the treatment of other mosquito-borne diseases, such as St. Louis encephalitis, Japanese encephalitis, and perhaps Zika, the researchers noted.

The study has been published in Cell Host & Microbe.