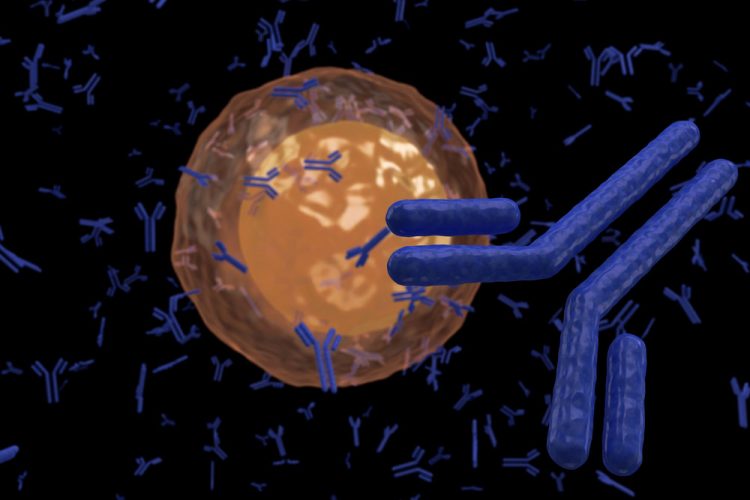 Plasma B cells, which move through the body releasing antibodies, are an important component of the body’s fight against viral infections and other invaders. They are relatively rare, however, and increasing their ranks is a major goal of vaccination. However, scientists do not yet fully understand how precursor cells are selected either to enter the body’s fluids as plasma cells or remain in the places, known as germinal centres, where they undergo reprogramming to become more specific attackers of an infection.

Now, a group of researchers led by RIKEN and Osaka University have discovered an important mechanism that governs how B cells are chosen to become plasma cells. They found that the key to the commitment to a new state involves the strength of the interaction between the B cells and another type of immune cell, called T follicular helper cells.

It is known that plasma cells express a transcription factor called IRF4, and conversely do not express a transcription factor called Bcl6. The group wondered whether the fate of the cells was already being determined while they were in the germinal centres–groups of cells located in lymph nodes and the spleen where B cells mature. They examined the expression of these two factors in B cells still located in germinal centres and found that in a subset of cells, Bcl6 was expressed at a low level and IRF4 at a high level. They also found that these cells express a cellular marker called CD69.

To determine whether these cells they had identified were indeed precursors to plasma B cells, they compared the cells they had identified with germinal center-derived plasma B cells, and found that the gene sequences of their B cell receptors, which govern the antibodies they produce, were very similar, indicating that they were from the same cell group. It was also clear that these cells shared the same developmental features with germinal centre-derived plasma B cells, suggesting that they were indeed precursors.

Tomohiro Kurosaki of the RIKEN Center for Integrative Medical Science, says, “Understanding how the body generates high-affinity plasma B cells, which are important in fighting viral infections such as influenza, which kills around 1,000 people per year in Japan, is important for creating more powerful vaccinations. Our work has given us important insights into how these cells are produced, and we hope it will be useful in this effort.”

The research has been published in Immunity.