New approach could prolong survival and trigger an immune… 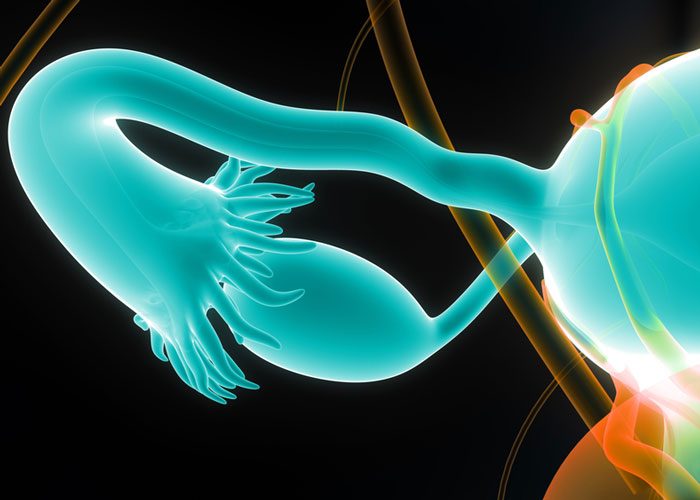 Despite months of aggressive treatment involving surgery and chemotherapy, about 85 percent of women with high-grade wide-spread ovarian cancer will have a recurrence of their disease. This leads to further treatment, but never to a cure. About 15 percent of patients, however, do not have a recurrence. Most of those women remain disease free for years.

Research teams from the University of Chicago Medicine; the Max Plank Institute of Biochemistry in Martinsried/ Munich, Germany; and the Novo Nordisk Foundation Center for Protein Research in Copenhagen, Denmark, have identifed an independent prognostic factor — cancer/testis antigen 45 – and began to elucidate its actions.

CT45 is associated with extended disease-free survival for women with advanced ovarian cancer. The team of physicians and scientists found that patients with high levels of CT45 in their tumours lived more than seven times as long as patients who lacked sufficient CT45. Data from long-term survivors averaged 2,754 days (7.5 years), compared to only 366 days for patients who had little or no CT45.

The study authors attribute their discovery to the emerging field of multi-level cancer proteomics. The researchers relied on minute pieces of tissue acquired from the University of Chicago ovarian cancer tissue bank, which has been following patient outcomes for 20 years.

They used pieces of these samples to isolate, identify and characterise thousands of proteins. The most interesting of those proteins was CT45. They determined that higher levels of this biomarker were closely linked to treatment success and excellent patient outcomes.

“We believe this is the first example of mass spectrometry-based proteomics leading to the discovery of a prognostic and functionally important cancer biomarker,” said co-lead author Ernst Lengyel, an ovarian cancer specialist and chairman of the Department of Obstetrics and Gynecology at the University of Chicago.

“Our goal was to find “reliable biomarkers that could predict treatment response,” said the study’s co-lead-author Dr Matthias Mann, Chairman at the Max-Planck Institute. The team quantified more than 9,000 proteins and “identified CT45 as an independent prognostic factor for patients with high-grade serous ovarian cancer.” 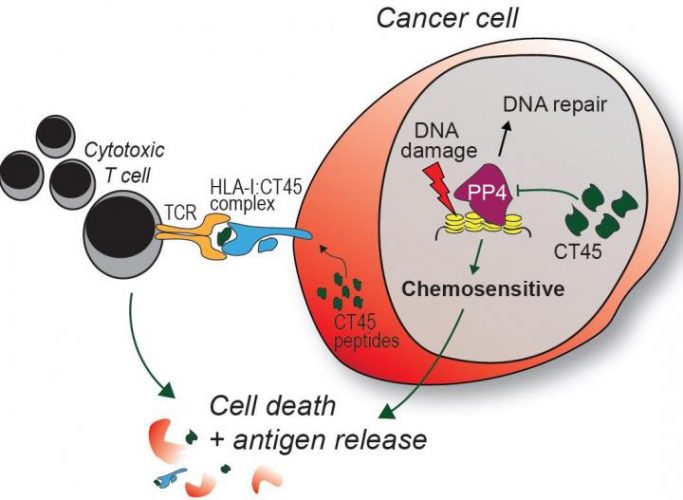 “Using mass spectrometry, we can identify, for the first time, almost all of the proteins in the tumour tissue of the patients,” Dr Mann said. “Our highly sensitive methods now enable us to profile thousands of proteins simultaneously, allowing us to search for the proteins that are critical to the disease by comparing the tissue samples.”

Ovarian cancer begins in the ovary or the fallopian tube. It is often difficult to detect in the early stages. The cancer quickly develops resistance to chemotherapy and is usually fatal.

So it was encouraging for the research team to find the first significant biomarker in tissues from ovarian cancer patients who responded to platinum-based chemotherapy. “CT45,” Dr Lengyel said, “was completely unknown until then.”

To validate their initial findings, the researchers studied tissues collected from more than 200 patients from the University of Chicago. They found no CT45 at all in 82 of those patient samples, but they found high levels in 42 patients, all of whom had much longer disease-free survival.

Since little was known about CT45’s role in cellular functions, the study authors tried to understand the molecular mechanisms that improved responses to chemotherapy. They found that the standard chemotherapy for ovarian cancer, carboplatin, caused DNA damage, particularly in tumour cells expressing high levels of CT45. This lead to cell death in tissue culture and tumour reduction in treated mice.

“We suspect that CT45 plays a major role in the response of tumours to carboplatin. This gives us hope that future strategies that activate CT45 expression in the tumour could make it more sensitive to carboplatin treatment,” said Marion Curtis, PhD, a postdoctoral scholar in the Dr Lengyel laboratory.

“We have evidence that tumour-specific expression of CT45 stimulates the patient’s immune system to fight cancer, as would a virus or bacteria-infected cells,” Dr Lengyel added. “Our long-term goal is to find new ways to improve patient outcomes based on these exciting insights.”

The clinical implications of this study “could be significant,” the authors note. Expression of CT45 improves the efficacy of platinum-based chemotherapy, and potentially immunotherapy, for patients with advanced stage ovarian cancer. “CT45 may be particularly relevant to long-term survival,” they added.

“This study,” they conclude, also “highlights the power of clinical cancer proteomics to identify targets for chemo- and immunotherapy, define their mechanisms and contribute to the development of effective cancer therapies.”

The study has been published in the journal Cell,