AnaptysBio has announced the advancement of its first-in-class anti-interleukin-36 receptor (IL-36R) antibody, ANB019, into IND-enabling studies. 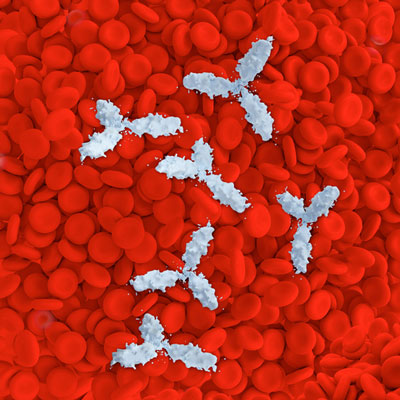 AnaptysBio has announced the advancement of its first-in-class anti-interleukin-36 receptor (IL-36R) antibody programme into IND-enabling studies.

GPP is a life-threatening orphan disease characterized by systemic inflammation affecting the skin and internal organs. The disease manifests as repeated flares of widespread sterile pustules throughout the body, causing significant morbidity and mortality to GPP patients. Although frequently observed in conjunction with psoriasis vulgaris, it is widely understood that the clinical and histological attributes of GPP are due to a distinct disease pathogenesis that cannot be adequately treated by available anti-psoriatic therapeutics. GPP can present at any age, and once diagnosed leads to lifelong medical intervention and persistent risk of multi-organ failure.

“We look forward to advancing ANB019 into the clinic as a first-in-class therapeutic approach for patients impacted by the debilitating systemic inflammation associated with GPP,” said Hamza Suria, President & CEO of AnaptysBio. “The genetic association between GPP and IL-36 signaling dysfunction provides clear rationale for treatment of this orphan disease with ANB019.”

“Generalised pustular psoriasis is a rare form of psoriasis that can have life-threatening complications and is difficult to control with existing treatments,” said Johann E. Gudjonsson, M.D., Ph.D., Assistant Professor, Department of Dermatology, University of Michigan Health System. “Therefore, there is critical unmet need for new treatments that can control this severe and often devastating inflammatory condition.”