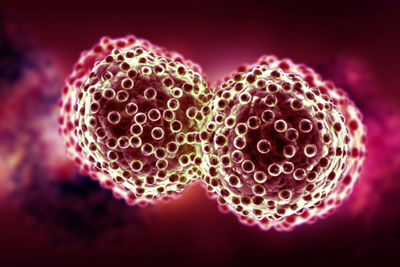 VAL-083 is a ‘first-in-class’ bi-functional alkylating agent mediating inter-strand DNA crosslinks at N7 of guanine. VAL-083 has previously demonstrated activity against lung cancer in preclinical and clinical trials and is approved for treatment of lung cancer in China.

The data was presented at the American Association for Cancer Research (AACR) annual meeting.

The purpose of this study was to investigate:

“We previously presented data demonstrating that VAL-083 is active against platinum and tyrosine-kinase resistant NSCLC in in vivo models of lung cancer,” stated Mr Bacha, DelMar’s president and CEO.  “To further research these observations, DelMar’s team worked with leading researchers at MD Anderson Cancer Centre to explore the potential relationship between the activity of the p53 gene and VAL-083’s activity in drug-resistant non-small cell lung cancer.”

The p53 gene plays a central role in the protection of the human body from cancer and is responsible for initiating the process of programmed cell death, or apoptosis, which directs a cell to commit suicide if it becomes damaged or cancerous.  The p53 pathway is also integral to the activity of many chemotherapy drugs.  p53 is frequently mutated in NSCLC and p53 mutations are highly correlated with resistance to chemotherapy and poor patient outcomes in NSCLC.

DelMar’s study demonstrated that VAL-083’s mechanism is distinct from platinum-based chemotherapy, the current standard of care for NSCLC.  VAL-083 retains its high level of anti-cancer activity in p53 mutated NSCLC cell lines compared to cisplatin or oxaliplatin which provides support for the potential of VAL-083 as a viable treatment option for NSCLC patients failing platinum-based therapy.

In addition, the combination of VAL-083 with either cisplatin or oxaliplatin demonstrated superadditivity/synergy against NSCLC cell lines, including those resistant to tyrosine kinase inhibitors. These results support the potential benefit of a VAL-083/platinum combination therapy in newly diagnosed NSCLC patients.

“VAL-083’s novel cytotoxic mechanism is distinct from other alkylating agents used in the treatment of cancer and the data from this study show the promise of VAL-083 not only in drug-resistance NSCLC, but also as a standalone agent and potential in combination therapy,” added Mr Bacha.  “As a next step, we plan to initiate a clinical study of VAL-083 in relapsed or refractory NSCLC patients to further explore the potential of VAL-083 to become a key component of modern lung cancer therapy.”