Scientists find a cellular process that stops cancer before it starts 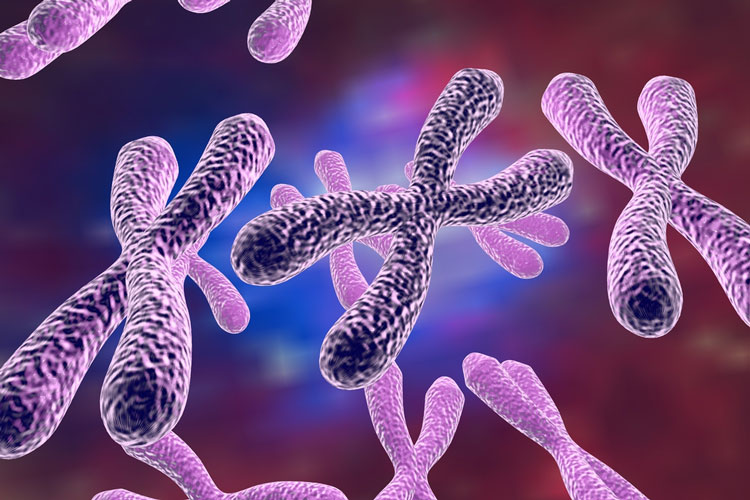 Salk Institute scientists studying the relationship of telomeres to cancer made a surprising discovery: a cellular recycling process called autophagy–generally thought of as a survival mechanism–actually promotes the death of cells, thereby preventing cancer initiation.

The work reveals autophagy to be a completely novel tumour-suppressing pathway and suggests that treatments to block the process in an effort to curb cancer may unintentionally promote it very early on.

“These results were a complete surprise,” says Jan Karlseder, a professor in Salk’s Molecular and Cell Biology Laboratory and the senior author of the paper. “There are many checkpoints that prevent cells from dividing out of control and becoming cancerous, but we did not expect autophagy to be one of them.”

Each time cells duplicate their DNA to divide and grow, their telomeres get a little bit shorter. Once telomeres become so short that they can no longer effectively protect chromosomes, cells get a signal to stop dividing permanently. But occasionally, due to cancer-causing viruses or other factors, cells don’t get the message and keep on dividing. With dangerously short or missing telomeres, cells enter a state called the crisis, in which the unprotected chromosomes can fuse and become dysfunctional–a hallmark of some cancers.

“Many researchers assumed cell death in crisis occurs through apoptosis, which along with autophagy is one of two types of programmed cell death,” says Joe Nassour, a postdoctoral fellow in the Karlseder lab and the paper’s first author. “But no one was doing experiments to find out if that was really the case.”

To investigate crisis and the cell death that typically ensues, Karlseder and Nassour used healthy human cells to run a series of experiments in which they compared normally growing cells with cells they forced into crisis. By disabling various growth-limiting genes (also known as tumour-suppressor genes), their group enabled the cells to replicate with abandon, their telomeres getting shorter and shorter in the process.

To know which type of cell death was responsible for the major die-off in crisis, they examined morphological and biochemical markers of both apoptosis and autophagy. Although both mechanisms were responsible for a small number of cells dying in the normally growing cells, autophagy was by far the dominant mechanism of cell death in the group in crisis, where many more cells died.

The researchers then explored what happened when they prevented autophagy in the crisis cells. The results were striking: without cell death via autophagy to stop them, the cells replicated tirelessly. Furthermore, when the team looked at these cells’ chromosomes, they were fused and disfigured, indicating that severe DNA damage of the kind seen in cancerous cells was occurring, and revealing autophagy to be an important early cancer-suppressing mechanism.

Finally, the team tested what happened when they induced specific kinds of DNA damage in the normal cells, either to the ends of the chromosomes (via telomere loss) or to regions in the middle. Cells with telomere loss activated autophagy, while cells with DNA damage to other chromosomal regions activated apoptosis. This shows that apoptosis is not the only mechanism to destroy cells that may be precancerous due to DNA damage and that there is direct cross-talk between telomeres and autophagy.

The work reveals that, rather than being a mechanism that fuels unsanctioned growth of cancerous cells (by cannibalizing other cells to recycle raw materials), autophagy is actually a safeguard against such growth. Without autophagy, cells that lose other safety measures, such as tumour-suppressing genes, advance to a crisis state of unchecked growth, rampant DNA damage–and often cancer. (Once cancer has begun, blocking autophagy may still be a valid strategy of “starving” a tumour, as a 2015 study by Salk Professor Reuben Shaw, a co-author on the current paper, discovered.)

Karlseder, who holds the Donald and Darlene Shiley Chair, adds, “This work is exciting because it represents so many completely novel discoveries. We didn’t know it was possible for cells to survive the crisis; we didn’t know autophagy is involved with the cell death in crisis; we certainly didn’t know how autophagy prevents the accumulation of genetic damage. This opens up a completely new field of research we are eager to pursue.”

Next, the researchers plan to more closely investigate the split in cell-death pathways whereby damage to chromosome ends (telomeres) leads to autophagy while damage to other parts of chromosomes leads to apoptosis.

The study appears the journal Nature.