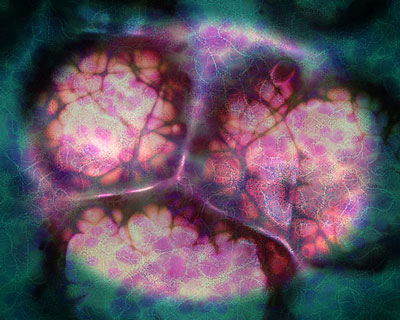 Researchers led by St. Jude Children’s Research Hospital scientists have identified a mechanism that helps leukaemia cells resist glucocorticoids, a finding that lays the foundation for more effective treatment of cancer and possibly a host of autoimmune diseases.

The research focused on glucocorticoids, a class of steroid hormones. These hormones have been key ingredients in the chemotherapy cocktail that has helped to push long-term survival for the most common childhood cancer to 85% nationwide and about 94% at St. Jude. Young acute lymphoblastic leukaemia patients whose cancer is resistant to steroids are less likely to survive. Yet the cause of resistance is often unknown.

In this study, scientists identified a mechanism responsible for about one-third of steroid resistance in children and adolescents with acute lymphoblastic leukaemia. Additional research is needed to determine if the process is at work in adults with acute lymphoblastic leukaemia, where steroid resistance is more common and long-term survival lags.

“Based on these findings, research has already begun to identify small molecules with the potential to reverse glucocorticoid resistance, leading to more effective treatment and increased survival,” said the paper’s corresponding author, William Evans, Pharm.D., a member of the St. Jude Department of Pharmaceutical Sciences. “Glucocorticoids are widely used to treat asthma, rheumatoid arthritis, colitis and other autoimmune disorders. That means these results have the potential to benefit a wide range of patients.”

By searching across the genome, researchers identified differences in gene activity or expression in leukaemia cells that were either sensitive to or resistant to steroids. Caspase 1 (CASP1) and NLRP3 were among the genes with increased activity in steroid-resistant cells. NLRP3 makes a protein that switches on or activates CASP1.

Researchers also identified one reason for the increased gene activity. Cells can lock genes in the “off” position by adding methyl groups to DNA using a process called methylation. Leukaemia cells over-expressing CASP1 and NLRP3 had lower levels of methylation compared to cells with normal expression.

Previous research had shown that steroid resistance was more common in young acute lymphoblastic leukaemia patients who relapsed than in new patients. Investigators in this study checked CASP1 and NLRP3 expression in the acute lymphoblastic leukaemia patients who relapsed and found expression of both genes was significantly higher.

Glucocorticoids kill cancer cells by regulating the activity of certain genes, including genes that control the cell’s apoptotic or suicide pathway. To work, the drugs must bind to glucocorticoid receptors in the liquid interior of cells. The receptors then ferry the drug into the cell nucleus where the steroid and receptors work together to regulate gene activity by binding to DNA.

Researchers discovered that CASP1 blocks glucocorticoids by splitting the receptor where the drug binds and so blocks its access to the nucleus. “Cells that over-express CASP1 are chewing up their glucocorticoid receptor,” Evans said. “That means when steroids enter the cell, there is no receptor for the drugs to bind to or fulfil its therapeutic function.”

To confirm that CASP1 cleavage of the steroid receptor was pivotal to acute lymphoblastic leukaemia steroid resistance, researchers engineered a receptor that lacked the CASP1 cleavage site. When they introduced the genetically engineered receptors into acute lymphoblastic leukaemia cells that expressed high levels of CASP1, the cells remained sensitive to steroids.

The findings have been published in Nature Genetics.