Researchers have identified the molecular docking site that is responsible for C. difficile toxins being able to bind to a receptor… 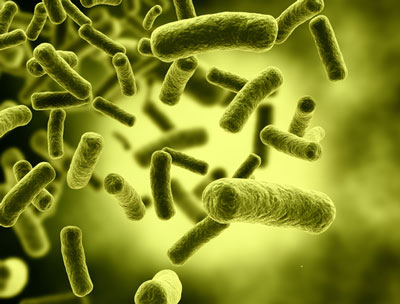 Clostridium difficile is a dangerous intestinal bacterium that can cause severe diarrhoea and life-threatening intestinal infections after long-term treatment with antibiotics.

The pharmacologists and toxicologists Prof. Dr. Dr. Klaus Aktories and Dr. Panagiotis Papatheodorou from the University of Freiburg have identified the molecular docking site that is responsible for the C. difficile toxins being able to bind to its receptor on the membrane of the intestinal epithelium. This docking site functions like an elevator, transporting the toxins into the cell’s interior. By binding to the surface receptor, the toxins are able to overcome the cell membrane. Once inside the cell, C. difficile exerts its full lethal effect.

“Bacteria are becoming increasingly resistant to antibiotics. That’s why new types of therapy that aren’t based primarily on bacteria are necessary,” Aktories said. “Our goal in the future should be to reduce the toxicological potential of toxins as well.”

All that is necessary for C. difficile toxin absorption is the part of the receptor outside of the cell

The intestinal pathogen C. difficile is most commonly found in hospitals and is often acquired by older people and people with weakened immune systems. In Western countries, infections with so-called hypervirulent strains of C. difficile are rapidly increasing and are much more dangerous and more difficult to treat. The pathology of C. difficile infections is primarily triggered by two toxins released by the pathogen, which then damage the intestinal epithelium. Particularly dangerous hypervirulent strains produce a third toxin, C. difficile transferase (CDT). This CDT toxin modifies the cytoskeleton, causing the host cells to collapse and die. Aktories and Papatheodorou identified the surface protein LSR (lipolysis-stimulated lipoprotein receptor) as the receptor for the CDT toxin already in 2011. It is through the LSR that CDT enters the host cell. Bacterial toxins usually exert their full deadly effect in the host cell’s interior. The toxins overcome the cell membrane by binding to a surface receptor, which conveys them into the cell’s interior. CREDIT: © Panagiotis Papatheodorou

Papatheodorou, Aktories and their team of researchers have now identified the regions in the CDT toxin and the LSR receptor that interact with one another. In order to achieve this, the scientists genetically designed truncations of the toxin and the LSR receptor as well as cells without LSR. They then tested whether or not the CDT toxin could bind to its receptor and be absorbed in the cell. They discovered that the parts of the toxin that interact with the receptor are much smaller than previously believed. All that is necessary for toxin absorption is the part of the receptor outside of the cell.

“In the future, it should be possible to block these areas in the toxin and receptor in order to prevent the toxin from entering the host cell,” Papatheodorou explained.

The team of researchers has published their results in the Journal of Biological Chemistry.