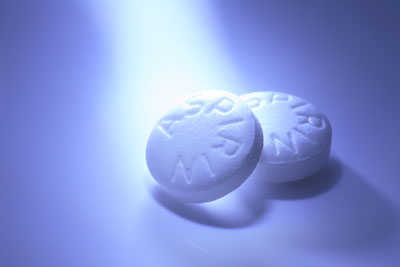 Giving cancer patients aspirin at the same time as immunotherapy could dramatically boost the effectiveness of the treatment.

Francis Crick Institute researchers, funded by Cancer Research UK, have shown that skin, breast and bowel cancer cells often produce large amounts of prostaglandin E2 (PGE2). This molecule dampens down the immune system’s normal response to attack faulty cells, which helps cancer to hide. It is a trick that allows the tumour to thrive and may explain why some immunotherapy treatments have not been as effective as hoped.

Aspirin is part of a group of molecules called COX inhibitors, which stop the production of PGE2 and help reawaken the immune system. Combining immunotherapy with aspirin or other COX inhibitors substantially slowed bowel and melanoma skin cancer growth in mice, compared to immunotherapy alone.

Professor Caetano Reis e Sousa, senior group leader at the Francis Crick Institute, said, “We’ve added to the growing evidence that some cancers produce PGE2 as a way of escaping the immune system. If you can take away cancer cells’ ability to make PGE2 you effectively lift this protective barrier and unleash the full power of the immune system.

“Giving patients COX inhibitors like aspirin at the same time as immunotherapy could potentially make a huge difference to the benefit they get from treatment. It’s still early work but this could help make cancer immunotherapy even more effective, delivering life-changing results for patients.”

Professor Peter Johnson, Cancer Research UK’s chief clinician, said, “PGE2 acts on many different cells in our body, and this study suggests that one of these actions is to tell our immune system to ignore cancer cells. Once you stop the cancer cells from producing it, the immune system switches back to ‘kill mode’ and attacks the tumour.

“This research was carried out in mice so there is still some way to go before we will see patients being given COX inhibitors as part of their treatment. But it’s an exciting finding that could offer a simple way to dramatically improve the response to treatment in a range of cancers.”

The research findings are published in the journal Cell.