A drug that heals broken bones faster and better

Using bone samples from people undergoing hip replacement surgery, researchers were able to show that a drug that activates the Wnt pathway causes stem cells found within bones to divide and to turn into more bone cells… 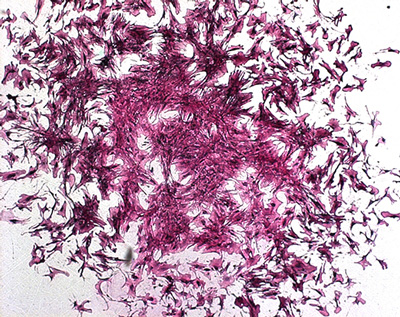 Researchers from the University of Southampton are developing a new type of drug that may help bones heal faster and better.

Using bone samples from people undergoing hip replacement surgery, the researchers were able to show that the drug – a protein that activates a molecular pathway called the ‘Wnt’ pathway – causes stem cells found within bones to divide and to turn into more bone cells. The Wnt plays a fundamental role in animal development and disease. It is involved in controlling the growth of stem cells, which are ‘master cells’ that help restore tissues after injury. One example of this is in amphibians like salamanders. If these animals lose a leg, they can just regrow a new one.

Regenerative effect reverses if Wnt pathway switched on too long

Dr Nick Evans, Associate Professor in Bioengineering at the University of Southampton and lead author of the study, says: “Bone fractures are a big problem in society, especially in older people. It is getting worse as more people get older and their risk of fracture increases. Most fractures heal completely by themselves, but a surprising number, around 10 per cent, take over six months to heal, or never heal at all. In the worst cases this can lead to several surgical operations, or even amputation.

“Through our research, we are trying to find ways to chemically stimulate Wnt signaling using drugs. To achieve this, we selectively deliver proteins and other molecules that change Wnt signalling specifically to stem cells, particularly in the bone. This may help us find cures for many diseases, including bone disease, and speed up bone healing after fracture.”

However the researchers found that if the Wnt pathway was switched on for too long, the regenerative effect was lost or, even reversed. “This is why it is particularly important to develop technologies for timed and targeted delivery, which is what we have done in this research,” Nick added.