A new study shows how different pharmaceutical drugs hit either the “on” or “off” switch of β2AR – signalling protein linked to asthma, obesity and type 2 diabetes… 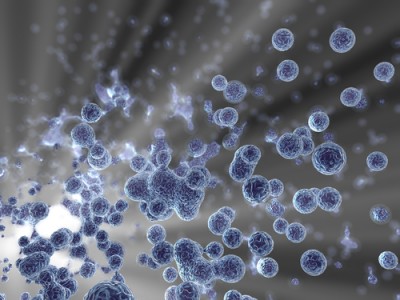 A new study shows how different pharmaceutical drugs hit either the “on” or “off” switch of a signalling protein linked to asthma, obesity and type 2 diabetes.

“The long-term goal is to use this knowledge to help discover new drugs,” said The Scripps Research Institute (TSRI) Professor David Millar.

The study was led by scientists from TSRI.

The researchers focused on the β2 adrenergic receptor (β2AR), a protein that sits on the cell membrane, where it binds external molecules and sends signals to the inside of the cell. This protein is known to play a role in asthma, obesity and type 2 diabetes.

In previous studies, scientists used x-ray crystallography to catch “snapshots” of β2AR in its active and inactive forms. Although the static images provided insight into the protein’s structure, the scientists couldn’t show how frequently the receptor activated or how different drug molecules governed the time spent in each state.

“We wanted to go in-depth and look at the dynamics of this receptor in molecular detail using state-of-the-art single-molecule techniques,” said Rajan Lamichhane, research associate at TSRI.

In the new study, the scientists incorporated β2AR in “nanodiscs,” small particles that mimic the native cell membrane but contain only a single receptor molecule. They tagged a section of the receptor with a fluorescent probe and monitored the fluorescence intensity over time in a sophisticated microscope system. The probe lit up when the receptor was inactive and went dim when active, giving the researchers a way to track activation in real time.

The researchers tested β2AR reactions to formoterol, an anti-asthma drug known as an “agonist,” or activator, of β2AR signaling, and to the drug ICI 118,551, an inverse agonist known to suppress signalling.

The probe’s flickering revealed several crucial details about β2AR. First, the researchers found that the receptor naturally fluctuates between its active and inactive states in the absence of any drug – a phenomenon scientists had always suspected but had not been able to prove directly. Tracking the behaviour of individual receptor molecules revealed these fluctuations for the first time and established how long the receptor stays in each state. Second, the presence of formoterol doesn’t just activate β2AR faster – it also stops β2AR from deactivating as quickly.

The researchers also saw that ICI 118,551 caused β2AR to deactivate more rapidly. Together, the findings explain why β2AR exhibits some signalling activity even in the absence of any drug molecules and why different drugs can either stimulate or inhibit signalling.

With the new single-molecule fluorescence technology in hand, the researchers said the next step is to find molecules that spark the same behaviour as formoterol and ICI 118,551- perhaps molecules that could work on different GPCRs to affect different diseases.