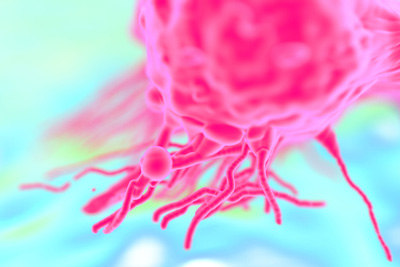 Led by researchers from the NYU Langone Medical Centre, its Perlmutter Cancer Centre, and the Princess Margaret Cancer Centre in Toronto, the study team reached its conclusions by combining genetic analyses of more breast cancer cell types than studied previously, new statistical methods, and comparisons with databases of molecular signatures and the effects of anti-cancer drugs.

“This study represents the largest survey yet of how the genetic changes in breast cancer cells interfere with pathways critical to their growth and survival, pathways that might be targeted by combinations of new or existing drugs,” says Benjamin Neel, MD, PhD, director of the Perlmutter Cancer Centre.

“Our new statistical approach represents an improvement on earlier methods that were unable to link the webs of genetic changes in cancer cells to the complex functions on which they most depend,” added Neel.

Unlike earlier algorithms, the new statistical model was able to identify several previously known genes that are essential for specific breast cancer subtypes (e.g., HER2, estrogen receptor/ER, HER3).

The study performed shRNA screens on 77 breast cancer cell lines, a large enough sample to represent the many sub-types of this disease. The research team then applied their newly designed statistical technique, the si/shRNA Mixed-Effect Model (siMEM), to score the results of the cell-line genetic knockdown studies, identifying candidate genes most vital to cancer growth. They also compared the results against information in large databases on cancer genetics, protein interactions and genetic changes seen in cancer cells when drugs are effective or not.

The combined methods created newfound signals in the data more closely tied to impact on cancer cell traits and did a better job screening out false positives. The study identified a number of candidate genes previously unknown to play a role in breast cancer cell survival. In addition, the team found clusters of genes that were required in cells that were either sensitive or resistant to 90 anti-cancer drugs.

Among the new and potential  “druggable” targets identified for triple negative breast cancer  were signaling proteins linked by past studies to brain tumours (EFNB3 and EPHA4), proteins that regulate cell growth pathways (MAP2K4, MAPK13), and a protein known to drive inflammation (interleukin 32).

The data also suggested for additional study dozens of new, potential drug combinations for the treatment of breast cancer subtypes, including RAF/MEK and CDK4 inhibitors, EGFR inhibitors and BET-inhibitors with epirubicin and vinorelbine, and PLK1 inhibitors with AKT inhibitors.

BET inhibitors may be useful for some types of breast cancer

While the new method suggests pathways for further study in every breast cancer subtype, the authors chose one for additional analysis to show the potential of the work to guide the field. Further experiments validated BRD4 as a gene essential to the survival of most luminal/HER2+ cancer cells, as well as a subset of triple negative breast cancer cells.BRD4 is a member of the BET (bromodomain and extra terminal domain) family, which helps regulate many genes important for cell growth, and the target of a drug class called BET inhibitors, currently in clinical trials for leukaemia. The study results suggest that BET inhibitors might also be useful for some types of breast cancer, that resistance to these drugs may be influenced by mutations in gene for the enzyme phosphatidylinositol 3-kinase, and that this resistance might be countered by combining BET inhibitors with the drug everolimus.

“Very few patients today get a whole genome sequence analysis done on their cancer cells, and the few that do typically receive little medical benefit from the results,” says Neel. “The ultimate goal of researchers worldwide is to finally understand each cancer cell’s wiring diagram well enough to clarify both the molecular targets against which therapeutics should be developed and the patient groups most likely to respond to any treatment.”