Researchers made B-cells sense they were starving by using the drug Rapamycin, enabling them to turn the senescence of EBV-infected cells on and off… 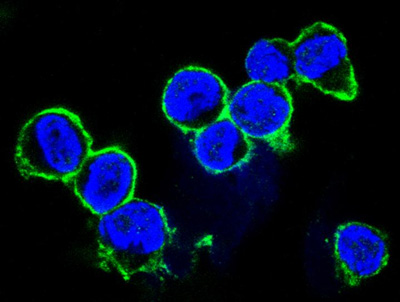 When the cancer causing Epstein-Barr virus (EBV) moves into a B-cell of the human immune system, it tricks the cell into rapidly making more copies of itself, each of which will carry the virus.

To satisfy a sudden increase in demand for more building parts, rapidly dividing host cells will chew up their insides to free up more amino acids, fats and nucleotides. However, new findings from researchers at Duke University, shows that if supplies of these materials run low, the cell will enter a suspended state called senescence and cell division will stop, freezing the advance of the virus.

While EBV is found in more than 90% of adults worldwide, only a small proportion of people ever succumb to the lymphomas and other cancers the virus can cause. This has puzzled researchers. Micah Luftig, an associate professor of molecular genetics and microbiology in the Duke School of Medicine, and deputy director of Duke’s Centre for Virology, says that for the most part, a healthy immune system stops Epstein-Barr virus from making much headway. However, Luftig added that another answer may be this newly discovered senescence trigger.

Using a new technology that allows researchers to see what state of maturation individual cells are in, the team could see variations in the activity of viral genes from one cell to the next. They found that the EBV is able to switch the cell’s fuel source to keep the cells proliferating even as they chew up their internal parts to create more building supplies. So the team tried making B-cells sense they were starving by using the drug Rapamycin. The strategy worked well enough that they could turn the senescence of EBV-infected cells on and off.

The next phase of this research will involve colleagues at the University of North Carolina at Chapel Hill who have developed mice with a human immune system. These mice will be infected with EBV and then researchers will test various drugs to see if the senescence response can be triggered and controlled.