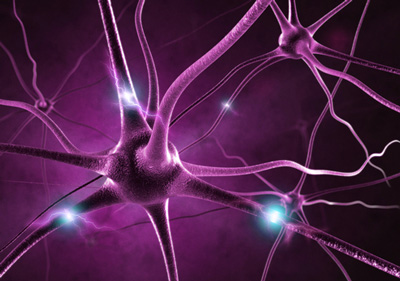 Under the terms of the agreement, Daiichi Sankyo will provide its compound library to the UCSF Institute for Neurodegenerative Diseases (IND), and both parties will perform high-throughput compound screening and optimization together. The project will bring together the drug development capabilities of  Daiichi Sankyo with the expertise of world-renowned neuroscientists at UCSF, in a collaborative effort to create multiple drug discovery programs in debilitating disease areas such as Alzheimer’s, Parkinson’s, Creutzfeldt-Jakob disease and fronto-temporal dementias– all conditions for which there currently are no effective therapeutics available. Daiichi Sankyo will provide research funding and milestone payments and royalties for successful clinical progression and commercialization of new products. Daiichi Sankyo will receive the option to enter into an exclusive license agreement to develop and commercialize promising compounds.

“This is a golden opportunity. These diseases require a big-picture approach, and that’s what Daiichi Sankyo is taking,” said Stanley Prusiner, MD, who received the 1997 Nobel Prize in Physiology or Medicine for his discovery of prions, a new biological principle of infection. Prions are alternatively folded proteins that undergo replication – some prions perform critical cellular functions but others cause neurodegenerative diseases. Initially, Prusiner studied prions causing “mad cow” disease and Creutzfeldt-Jakob disease (CJD), but recently, he and many others have focused their work on other replicating, misfolded proteins— which Prusiner and others argue are prions—that are thought to cause the more common neurodegenerative disorders, including Alzheimer’s and Parkinson’s diseases.

“Alzheimer’s alone kills as many people every year as cancer does, but it only receives one-tenth of the funding that we dedicate to cancer research,” Prusiner said. “This collaboration won’t fill that funding gap, but it will offer the tremendous value of Daiichi Sankyo’s scientific expertise to make progress on these diseases.”

“Daiichi Sankyo is committed to identifying potential new therapies to help fuel our passion to find medicines for the patients who need them. Using the compound screening technology at UCSF, along with their expertise in prion research, will give us an opportunity to explore the potential. I am excited about this collaboration and look forward to seeing results of this partnership.” said Glenn Gormley, MD, PhD, Senior Executive Officer and Global Head of Research and Development, Daiichi Sankyo Co., Ltd.

Founded in 1999, the IND is one of the top academic laboratories focused on discovering causes and developing cures for neurodegenerative diseases. As the leader of the IND, which is based at UCSF and includes neuroscience research at several other UC campuses, Prusiner is committed to creating therapeutics and diagnostics that will halt neuronal diseases with his extraordinary experiences in prion research. Daiichi Sankyo will send scientists from Venture Science Laboratories (VSL) to work on site at the UCSF institute and will jointly establish the drug discovery programs. VSL was established internally, as a biotech-like organisation, in Daiichi Sankyo R&D Division in April 2013 in order to further strengthen Daiichi Sankyo’s drug discovery capabilities. With innovation and entrepreneurial spirit, VSL is engaged in drug discovery and early development for treatment of neurodegenerative diseases and other high unmet medical needs in age-associated diseases for growing aging population in the world.