Researchers have identified the cells that likely give rise to the brain tumour subtype Group 4 medulloblastoma, removing a barrier to developing more effective targeted therapies…. 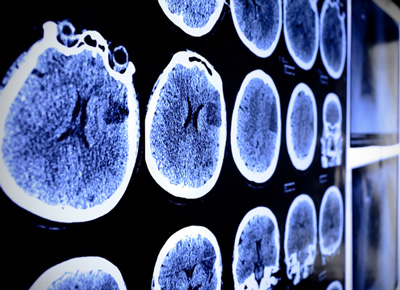 Researchers have identified the cells that likely give rise to the brain tumour subtype Group 4 medulloblastoma.

The finding removes a barrier to developing more effective targeted therapies against the brain tumour’s most common subtype.

Medulloblastoma occurs in infants, children and adults, but it is the most common malignant paediatric brain tumour. The disease includes four biologically and clinically distinct subtypes, of which Group 4 is the most common. In children, about half of medulloblastoma patients are of the Group 4 subtype. Efforts to improve patient outcomes, particularly for those with high-risk Group 4 medulloblastoma, have been hampered by the lack of accurate animal models.

Evidence from this study suggests Group 4 tumours begin in neural stem cells that are born in a region of the developing cerebellum called the upper rhomic lip. The cerebellum is the brain structure that helps coordinate movement and where medulloblastoma occurs.

The discovery and other findings about the missteps fuelling tumour growth came from studying the epigenome. Researchers used the analytic tool ChiP-seq to identify and track medulloblastoma subtype differences based on the activity of epigenetic regulators. The regulators included proteins known as master regulator transcription factors. They bind to DNA sequences called enhancers and super-enhancers. The master regulator transcription factors and super-enhancers work together to regulate the expression of critical genes, such as those responsible for cell identity.

The approach helped to discover and nominate Lmx1A as a master regulator transcription factor of Group 4 tumours, which led to the identification of the likely Group 4 tumour cells of origin. Lmx1A was known to play an important role in normal development of cells in the upper rhomic lip (uRL) and cerebellum. Additional studies performed in mice with and without Lmx1A in this study supported uRL cells as the likely source of Group 4 tumours.

“By studying the epigenome, we also identified new pathways and molecular dependencies not apparent in previous gene expression and mutational studies,” Northcott said. “The findings open new therapeutic avenues, particularly for the Group 3 and 4 subtypes where patient outcomes are inferior for the majority of affected children.”

For example, researchers identified increased enhancer activity targeting the TGFb pathway. The finding adds to evidence that the pathway may drive Group 3 medulloblastoma, currently the subtype with the worst prognosis. The pathway regulates cell growth, death and other functions that are often disrupted in cancer, but it’s role in medulloblastoma is poorly understood.

The analysis included samples from 28 medulloblastoma tumours representing the four subtypes. Researchers believe it is the largest epigenetic study yet for any single cancer type and, importantly, the first to use a large cohort of primary patient tumour tissues instead of cell lines grown in the laboratory. Previous studies have suggested that cell lines may be of limited use for studying the tumour epigenome. The three Group 3 medulloblastoma cell lines used in this study reinforced the observation, highlighting significant differences in epigenetic regulators at work in medulloblastoma cell lines versus tumour samples.