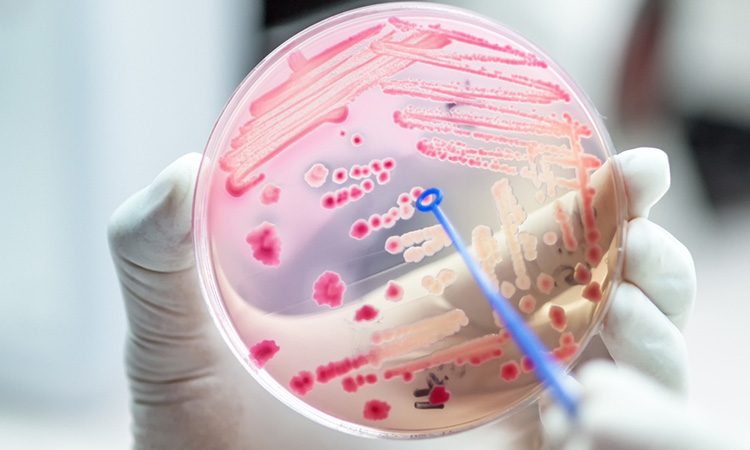 Antibiotic overuse in the medical and agricultural fields has lead to the rapid emergence of antimicrobial resistance (AMR). Multidrug-resistant bacteria, also known as “superbugs”, are emerging and spreading globally, threatening global public health. Recently, a shocking estimate warned that the total number of deaths caused by AMR could rise to 10 million by 2050, exceeding cancer as the leading cause of death.1 Since the development of novel drugs requires a large upfront investment and long-term clinical trials, alternative approaches to combat AMR are also urgently needed.

Given that the emergence of AMR is based on evolutionary dynamics, the application of evolutionary trade-offs to suppress further resistance is thought to be a promising strategy to combat the issue.2-5 Acquiring antibiotic resistance to a certain drug can potentially induce increased or decreased susceptibility to other drugs simultaneously, which is referred to as collateral sensitivity or cross-resistance, respectively.6 Specifically, collateral sensitivity is considered to be a consequence of evolutionary constraints on phenotypic changes and could be utilised for clinical strategies such as drug cycling.2 However, a comprehensive understanding of the biological mechanisms that lead to collateral sensitivity is lacking due to the absence of systematic research based on a large number of drugs and appropriate data analysis techniques.

Laboratory evolution as a promising approach 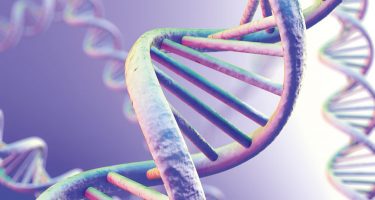 Laboratory evolution combined with whole-genome resequencing and phenotyping analysis is a powerful method to understand the evolutionary dynamics of antibiotic resistance through direct comparative analysis of their ancestral and evolved states.7,8 However, since laboratory evolution requires the serial transfer of cultures at regular intervals for a sustained period, a large number of parallel experiments are difficult. Therefore, a comprehensive study to understand the resistance dynamics for various antibiotics has never been reported.

To overcome this limitation of throughput in laboratory evolution, we developed a laboratory automation culture system consisting of an automated workstation in a clean booth connected to a microplate reader, shaker incubator and microplate hotel.9 Using this automated culture system, we performed a high-throughput laboratory evolution of Escherichia coli under 95 kinds of antibacterial chemicals, having a wide range of biological targets with six replicate experiments. To elucidate the relationships between the bacteria genome, transcriptome and resistance, we further selected a representative 192 evolved strains (48 environments × four lines) and collected their quantitative data – ie, global gene expression profiles, alterations of antibiotic resistance profiles and genotypic profiles.

The genotypic and phenotypic data of the 192 evolved bacterial strains provided rich information regarding the evolutionary constraints on resistance evolution. We first found 336 and 157 pairs of drugs within the possible 2,162 combinations which exhibit cross-resistance and collateral sensitivity, respectively (Mann-Whitney U-test, FDR < five percent). We next focused on the transcriptome data to understand the molecular mechanisms for the identified cross-resistance and collateral sensitivity. First, we used random forest regression to screen the genes that contribute to the prediction of resistance changes, which resulted in the selection of 213 genes that correlated highly with resistance alterations. We next performed dimension reduction on the gene expression data using supervised principal component analysis (PCA) to explore the relationship between gene expression changes and resistance evolution. Supervised PCA based on the expressions of these genes revealed the existence of 15 modular phenotypic classes of evolved strains in the dimension-reduced gene expression data. 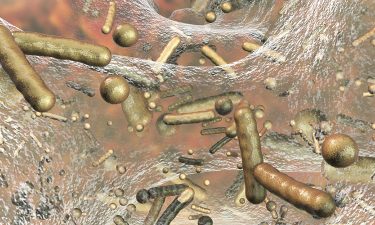 Interestingly, these modular classes within the gene expression data demonstrated excellent correspondence with the stress resistance profiles, suggesting close interaction between changes in gene expression and antibiotic resistance. Furthermore, these classes included strains that evolved in different types of drugs, indicating the existence of evolutionary constraints which do not necessarily depend on the mechanisms of action of drugs.

Genome resequencing analysis revealed that several genes were commonly mutated in multiple evolved strains, suggesting the contribution of these mutations to the observed acquisition of resistance. To verify the effects of these mutations, we introduced 64 of the representative mutations to the parent strain and quantified changes in the drug sensitivities against each strain. We next compared the resistance profiles of the mutant strains with that of the evolved strains through correlation analysis.

As a result, the drug resistance profiles for the evolved bacteria strains highly correlated with those of the reconstructed mutant strains, indicating that the alteration of drug sensitivity within the evolved strains could be explained by the commonly observed mutations.

The low dimensional phenotypic states revealed by our high-throughput measurements imply that the bacteria E. coli is equipped with only a limited number of strategies for antibiotic resistance. We confirmed that these main strategies are the inhibition of drug uptake systems, eg, ompF porin and/or the enhancement of drug efflux systems such as AcrAB and EmrAB. 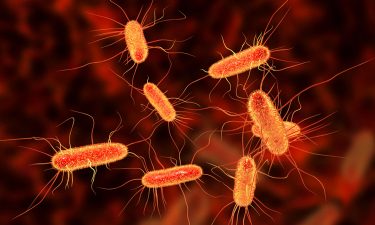 Interestingly, we have found that the decrease in ompF expression could be achieved by mutations in several different genes encoding different proteins, eg, the ompR/EnvZ two-component system, RssB (a regulator of the alternative sigma factor RpoS) and PrlF-YhaV toxin-antitoxin system. Each of these mutations resulted in different transcriptome profiles, leading to distinct drug resistance profiles. For example, the evolved strains carrying the rssB mutation exhibited sensitivity to metabolic inhibitors due to the sigma factor competition, while other strains with decreased ompF expression did not. Aside from major transporter mechanisms, we also identified the contribution of an uncharacterised transporter called YhjE to drug resistance.

Furthermore, we found that the mutation in prlF results in collateral sensitivities to many drugs including hydrogen peroxide since this mutation affects transcriptome globally. Other than drug transportation, we also identified several strategies, including an increase in indole production for stress response by gyrAB mutations. We identified new multidrug resistance-conferring mutations, eg, ycbZ encoding a putative protease shown to be involved in translation and ribosome biogenesis10 and gshA encoding glutamate and cysteine ligase.

Our results provide a quantitative understanding of evolutionary constraints in adaptive evolution, forming a basis for predicting and controlling antibiotic resistance. For example, there were several novel drug combinations among the identified 157 pairs which exhibited collateral sensitivity. We believe that our results could be applied for the development of alternative strategies for suppressing the emergence of drug-resistant bacteria.

Dr Tomoya Maeda was a special postdoctoral researcher at RIKEN Center for Biosystem Dynamics Research when he conducted this research. Now he has started his career as an assistant professor at the Division of Fundamental AgriScience Research, Hokkaido University, Japan.

Dr Chikara Furusawa is a team leader at RIKEN Center for Biosystems Dynamics Reseach and a professor at Universal Biology Institute, the University of Tokyo.

Junichiro Iwasawa is a third year PhD student at the Deptartment of Physics at the University of Tokyo in Japan.