Antimicrobial resistance – a public health emergency on the horizon

Researchers at Ingenza and the University of Plymouth are using a machine learning and high‑throughput screening approach to discover novel antimicrobial therapies. In this article, Nikki Withers spoke to one of the researchers, Jack Kay, to hear about the current threat posed by antimicrobial resistance and how he hopes their work will combat this issue in the future. 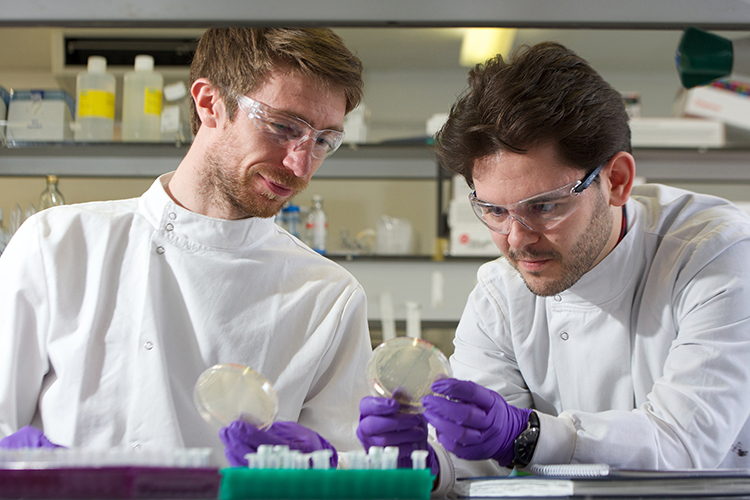 VIRUSES AND BACTERIA continue to be some of the most serious dangers we face in the 21st century. Increasing antimicrobial resistance (AMR) – which occurs when bacteria, viruses, fungi and parasites change over time so no longer respond to certain medicines – makes this threat even more significant. As a result of drug resistance, antibiotics and other antimicrobial medicines become ineffective, causing infections to become increasingly difficult or impossible to treat.

The World Health Organization (WHO) has declared that AMR is one of the top 10 global public health threats facing humanity. Furthermore, the current COVID-19 pandemic appears to be accelerating this crisis, as many patients admitted to hospital with the novel coronavirus receive antibiotics to keep secondary bacterial infections in check.1

To address this problem, Jack Kay, a researcher at Ingenza Ltd in the UK, has received £100,000 in funding from the Royal Commission for the Exhibition of 1851 for his new machine learning and high‑throughput screening approach to discover novel antimicrobial therapies. “After COVID-19, I would describe AMR as the biggest public health emergency on the horizon,” said Kay. “Antibiotic Research UK estimates that in 2019 there were 700,000 deaths associated with AMR.2 If no action is taken, that number is projected to go up to 10 million by the year 2050, which is just a staggering number of deaths.”

Notably, the occurrence of AMR was predicted as early as 1945 by Alexander Fleming, who won a Nobel Prize that year for his discovery of penicillin. In an interview with The New York Times, Fleming warned that misuse of the antibiotic could result in selection for resistant bacteria. 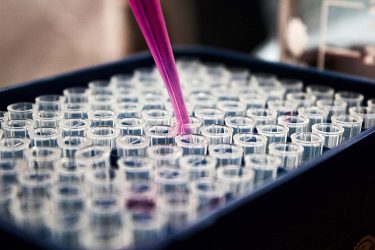 There are several ways that AMR can develop, including genetic changes or horizontal gene transfer. “The real problem with conventional antibiotics, for example, penicillin, is that the mode of action is generally specific to a single or group of proteins that penicillin is active against,” explained Kay. “Over time it is very easy for changes to occur to these penicillin-binding proteins that make the antibiotic become inactive – the organism has then developed resistance.”

A second mode of resistance can occur if bacteria acquire genes from other bacteria in their surroundings. “For example, it is quite common for bacteria to pick up a gene responsible for an enzyme that they can secrete outside the cell to the environment. This enzyme can then break down the antibiotics, again making them inactive,” said Kay.

Current methods to tackle AMR include combining different antibiotics into one treatment and inhibiting the resistance enzymes secreted by the bacteria so that the antibiotic regains its efficacy. “The downside of combining antibiotics is that if bacteria can develop resistance to one antibiotic, it is conceivable that they can form resistance to both. Then you have a worse situation where you have multi-drug resistant pathogens,” commented Kay. “The issue with inhibiting resistance enzymes is that it is common for these to evolve over time. Then you are in an arms race between the bacteria and the scientists developing medicines.” He noted that there are a range of other strategies to tackle AMR – one of which is to reduce antibiotic use in the hope that we can delay the antibiotic crisis for as long as possible.

Tackling the problem – a focus on peptides

Kay has been focusing his research efforts on antimicrobial peptides – a diverse class of naturally occurring molecules that are produced as a first line of antimicrobial defence by all multicellular organisms. “These peptides have evolved over thousands of years alongside bacteria, but true resistance to antimicrobial peptides is either very slow to form or does not form at all.”

To manufacture all these peptides synthetically would be expensive and time consuming, and to screen every sequence would be near impossible”

He explained that these broad-spectrum antimicrobial peptides, also known as host defence peptides, have an almost “future-proof” mode of action. “As opposed to conventional antibiotics, they target the entire outer membrane of the bacteria and are quite stable to proteases, so are not readily degraded.”

One peptide of interest to Kay’s team has been epidermicin – a stable, 51 amino acid peptide originally found in Staphylococcus epidermidis, which is effective against Gram-positive bacteria such as staphylococci, streptococci and enterococci. Discovered by Professor Mathew Upton at the University of Plymouth, epidermicin rapidly kills methicillin-resistant Staphylococcus aureus (MRSA) and other harmful bacteria. However, it is produced in very low amounts in its native biological host and synthetic chemical manufacture of such peptides is prohibitively expensive.

Ingenza successfully developed a recombinant expression platform to help produce commercially viable amounts of epidermicin in an alternative biological production host system. “We have been able to take this from the discovery phase into preclinical toxicology studies,” enthused Kay. 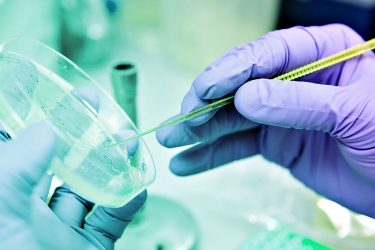 Having manufactured this peptide successfully, Kay wanted to further investigate the mode of action of various antimicrobial peptides and explore their tunability. “We wanted to know whether we could potentially target other organisms or improve the peptide’s activity,” he said. However, to manufacture all these peptides synthetically would be expensive and time consuming, and to screen every sequence would be near impossible. “For example, epidermicin is quite a large peptide – it has 51 amino acids,” said Kay. “There are numerous ways to combine 20 natural amino acids; and if you were to screen every possible sequence there would be 2×1066 ways to combine that many amino acids. These are unthinkable numbers.” He also noted that testing a few hundred sequences at random would not provide the information they required; there would be no insight as to the structure-activity relationship of antimicrobial peptides. “We hit a real challenge where the numbers were against us.”

To address this, Kay and his team developed a small-scale antimicrobial activity assay that can test hundreds or thousands of variant peptide designs at one time. The process involves using a reaction mixture containing the biological machinery required for peptide synthesis. This mixture can be used to generate key variant peptides that can then be screened rapidly using liquid handling robots for automation and ultimately identify variants with the best antimicrobial properties.

Although in its early days, Kay is hopeful that their approach will be able to identify new and more effective peptide molecules to treat bacterial and viral infections: “Our aim is to develop a pipeline of antimicrobial peptides, which we can use to combat AMR in the future.”

Before receiving the Royal Commission for the Exhibition of 1851 Industrial Fellowship, Jack Kay graduated from Heriot-Watt University with a BSc (Hons) in Chemistry. This was completed while working full-time at Ingenza Ltd. where he has helped to develop their pilot-scale protein manufacturing capabilities and been involved in the production of a range of therapeutic biomolecules, such as epidermicin and, more recently, COVID-19 vaccine components. His involvement with Ingenza Ltd. began in 2012 with the award of a Modern Apprenticeship with the company.

For more information about the Royal Commission for the Exhibition of 1851 Industrial Fellowship, visit:  www.royalcommission1851.org/awards/?award=industrial
Applications for 2021 are now open.

Related organisations
Bio-Rad, Horizon Discovery, The New York Times, the Royal Commission for the Exhibition of 1851, University of Plymouth, World Health Organization (WHO)

Bio-Rad, Horizon Discovery, The New York Times, the Royal Commission for the Exhibition of 1851, University of Plymouth, World Health Organization (WHO)