TAxI holds promise as a carrier for spinal cord treatments 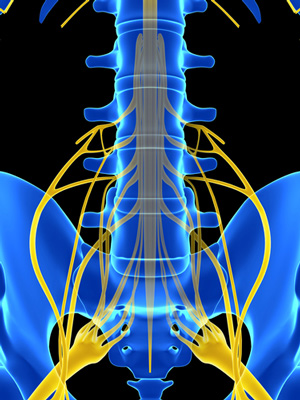 A small peptide, aptly dubbed TAxI (or Targeted Axonal Import), has been shown to be an effective vehicle for shuttling functional proteins, such as active enzymes, into the spinal cord after a muscle injection.

By taking an unusual route to deliver its cargo, TAxI does not confront the natural barrier between the blood and the spine and brain. This barrier guards against damaging substances, but it also locks out helpful medications.

A study from scientists at the University of Washington showed that, in mice, a muscle injection of TAxI could transport a recombinant protein into spinal motor neurons. These nerve cells are stationed within the spinal cord, but extend their fibres to innervate muscles and control their movement.

“Biologic therapeutics, such as proteins or nucleic acids, are notoriously difficult to get into the central nervous system,” said Suzie Hwang Pun, the Robert F. Rushmer Professor of Bioengineering at the University of Washington. “Our group initiated this work to develop delivery vehicles that access the spinal cord by mimicking the route some viruses and toxins take.”

Other labs have been attempting to design delivery systems with vectors derived from denatured human viruses, such as herpes simplex, to tap into the propensity of those viruses to enter brain and spine nerve cells. The researchers say the TAxI peptide approach avoids the use of engineered viruses which have associated safety concerns, high costs of production, dosage control issues, and immune reactions.

“We believe that TAxI could be a significant advance in developing treatments for motor neuron diseases,” noted Pun.

TAxI transits from the injection site into nerve axons

Drew Sellers, and a University of Washington research assistant professor of bioengineering, discovered TAxI’s transit powers by screening a huge library of peptide sequence options from genetically modified bacteriophages. The researchers were trying to overcome a major obstacle in treating neurodegenerative diseases: the lack of an effective, minimally invasive technology for delivering macromolecular drugs into the brain and spinal cord.

TAxI circumvents the blood/spinal cord barrier by transiting from the injection site in a muscle into nerve axons. The injection site in the mouse would be roughly analogous to the calf muscle in a person. TAxI then accumulates selectively in the lumbar section of the spinal cord. When introduced to human spinal cord samples in the lab, the peptide labelled the motor neurons.

Sellers said that he didn’t expect TAxI to work as well as it did. Now that it has passed early proof of concept experiments, the next steps, he said, are to elucidate its mechanism of action, to apply it in models of motor neuron disease, and, if additional tests continue to be successful, to develop it for clinical applications.

The research on TAxI is opening the door to targeting a variety of neurodegenerative diseases via techniques that are gentler on patients than are catheters into the spine or other painful procedures.

“There is now the possibility that peptides may be designed to direct drugs for uptake to specific areas of the spine and brain,” Sellers said.